How Hard Is Bribery in Elections?

We study the complexity of influencing elections through bribery: How computationally complex is it for an external actor to determine whether by paying certain voters to change their preferences a specified candidate can be made the elections winner?

Voters of all stripes are concerned fake news is hurting the nation. At the same time, most believe they can tell the difference between real news stories and fake ones. That's according to the latest Fox News national registered voter poll. A large majority of voters, 84 percent, are at least somewhat concerned fake news is "hurting the country." That includes 61 percent who are "very" worried and another 23 percent who are "somewhat" concerned.

We Asked Trump Voters, "When Did America Stop Being Great?" Their Answers Were Amazing. 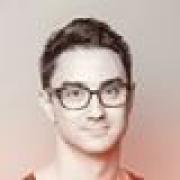 Smiling voters unfolded chairs or stretched on the grassy slope overlooking the Cuyahoga River in Cleveland Monday. They were there to participate in the first big pro-Trump rally of the GOP convention and to listen to speakers such as far-right luminary Roger Stone and conspiracy shock jock Alex Jones. Trump's famous slogan is obviously "Make America Great Again," but I wanted to know from his most die-hard fans: Exactly when did America stop being great? The video above paints a picture of voters who feel like the very idea of "America" as they know it is slipping away--voters who worry that their values and freedoms are under attack from politicians and press. "The mainstream media wants to tell us that somehow we're racist, or we're discriminatory, or we're misogynist," said Rhona Welsch, a 55-year-old food and beverage worker at a Hawaii resort.

Conservatives must 'change hard' to win over young voters, Damian Green to say

The Conservatives must "change hard" to win over young voters who backed Labour in June's general election, Theresa May's most senior minister is to warn. Damian Green will tell Tories they must modernise after losing their majority in an election where they trailed Labour by 30% among voters aged 18-35. The First Secretary of State will tell Conservatives to create a "distinctive" message for "excluded voters". It comes amid signals the government could ease off on austerity. Thousands of people are expected to gather a mile away from where Mr Green is due to speak later for an anti-austerity demonstration Mr Corbyn will address.

9 Facts That Blow Up the Voter-Fraud Myth

Among the conservative talking points that refuse to die is the idea that there is widespread voter fraud in America. The most recent warning about the scourge of illegal voting came from Texas Governor Greg Abbott, who recently claimed "The fact is voter fraud is rampant." That's simply not true, as many new outlets reported. According to Politifact, there were just 85 prosecutions for voter fraud in Texas from 2002 to 2015, and not all of them led to convictions. That's a paltry number considering that more than 42 million ballots were cast in the state's general elections from 2002 to 2014.