Let's just take a brief poll for a second. Hands up everyone who thought last week's trailer for Spider-Man: Homecoming was far more impressive than expected, especially considering it'll be the second reboot for the big screen franchise in the last decade? And every one of you is correct. That trailer was pretty sweet. That doesn't compute at all, but while you're trying to come to terms with that strange and wonderful fact, please sit down and go through these other highlights of superhero movie news from the last seven days.

Cape Watch: Suicide Squad Might Give the Joker a New Origin Story

This summer is beginning to look a little dangerous. If it's not Spider-Man catching punches thrown by the Winter Soldier, it's the X-Men having to rebuild themselves to stop a mutant apocalypse. Even if we survive that, though, we shouldn't get too comfortable. The future has racebending, scary clowns, and perhaps even the second coming of Jesus heading our way in short order. Here, as ever, is the best of the last week's superhero movie news. 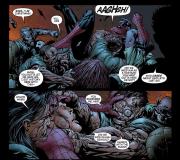 Wonder Woman, by all accounts, is really, exceedingly great -- wonderful, even! It delivers DC Entertainment its first likable superhero since Christian Bale's Batman growled something about hockey pads in The Dark Knight. But even if it's a win for DC, the flick is indebted to Marvel -- a delicious twist that's sort of like saying Coke owes big ups to Pepsi. SEE ALSO: 'Wonder Woman' is the most inspiring superhero movie in years Allan Heinberg, the screenwriter behind Wonder Woman, is known for many things -- The O.C., Sex and the City, Grey's Anatomy -- but his comic book bona fides come 100 percent from Young Avengers, a 2005 series featuring a group of teenagers who model themselves after big-time heroes like Captain America, Iron Man, and the Hulk. That book was written by Heinberg with art by Jim Cheung, and it was published by Marvel, arch nemesis to DC Comics.

Cape Watch: Anna Kendrick as Squirrel Girl Would Be the Best Marvel Movie Ever

Right now, all comic-book-movie-watching eyes are on this month's Comic-Con International. But even as studios plot how best to wow the audiences in San Diego with announcements and big reveals, small updates continue to escape for the superhero flicks of 2017 and beyond, including Justice League casting news and at least one piece of self-nominated dream-casting that everyone involved should be working to make real right now. Dear reader, these are the highlights of the last seven days' superhero movie news. Every now and then, the Internet gives us a gift that is so perfect it doesn't quite seem real. For example, the news that Anna Kendrick wants to play Marvel's Squirrel Girl in a movie.

Cape Watch: One of the New Mutants Isn't Exactly New

The Civil War has come and gone, but that doesn't mean that Marvel is no longer dominating superhero movie headlines. If anything, certain holy crap! events in Captain America's latest flick downright guaranteed people will be talking about the movie for quite some time. But the churn of the Marvel Machine is just the beginning. Here, as always, is your roundup of the best of the week's superhero movie news. Not content with breaking records for both R-rated movies and Fox's entire X-Men movie franchise, Deadpool is going after even more coin with its promotional campaign for the movie's home-video release.