Created in July 2013 by two ambitious and passionate entrepreneurs, QuantCube Technology was born out of a desire to use to the fullest extent the potential and the new opportunities offered by Artificial Intelligence and Big Data. What was at the beginning a Fintech startup focusing on the development of the next generation of investment strategies, rapidly became over the past six years a cross-sectoral R&D company whose purpose is to create value from all types of data. QuantCube Technology is at the forefront of innovation and advocating for an ethical use of data. While looking at the future of analytics, we are always keen to take on new challenges, as we did when we decided a couple of years ago to extend our analytics to the space industry. The vision of QuantCube Technology has always been international. 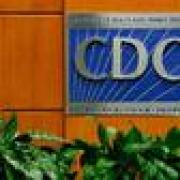 Automaker BMW says this year's profits will at least equal last year's results as the company sinks billions into developing electric and autonomous car technology to meet expected changes in how people get from one place to another.

The IT meltdown that grounded thousands of British Airways passengers will cost the airline £80m, it has emerged. Willie Walsh, chief executive of International Airlines Group, which owns BA, told investors of the cost at its annual meeting on Thursday. BA says it was triggered by an engineer who disconnected a power supply, causing damage when it was reconnected. Mr Walsh has previously announced that there will be an independent investigation "to learn from the experience". He admitted that while it was clear how it was possible to make a mistake in disconnecting the power, "it's difficult for me to understand how to make a mistake in reconnecting the power".

Car quality improves even as new technology is introduced

FILE - This Wednesday, April 1, 2015, file photo shows a wheel of the 2016 Kia Optima on display at the New York International Auto Show. Despite adding sophisticated electronic safety features and touch screens that once were prone to glitches, most automakers improved their reliability scores this year in an annual survey of new-car buyers. The 2016 survey of more than 80,000 car buyers from February through May found that Korea's Kia had the fewest problems per 100 vehicles at 83. It was closely followed by Porsche at 84, Hyundai at 92, Toyota wit 93 and BMW with 94. (AP Photo/Mark Lennihan, File) The Associated Press

As Elon Musk confirms he's received "govt approval" for the up-and-coming travel system, companies race to be the first to implement the breathtakingly fast technology. Hyperloop One's test pod just hit nearly 200 mph in the Nevada desert. SAN FRANCISCO -- Hyperloop One, just one a few tech startups hoping to create a transportation network of the future, announced Wednesday that it had succeeded in tripling the speed of its pod in a recent test outside of Las Vegas. On July 29, Hyperloop One engineers successfully propelled a pod built for passengers or freight along a 500-meter stretch of vacuum-sealed, above-ground tubing at 192 mph, about triple the speed of its shorter test back in May. The company says it depressurized the tubing to an air-pressure level that was equivalent to 200,000 feet above ground, and tripled the amount of electric-motor horsepower (3,100 hp) that was routed to the pod, which uses magnetic levitation technology to hover above the track much like an air hockey puck rides on air.