Girls' basketball: Leuzinger goes from 1-17 to playing for championship in four years 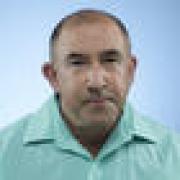 Hired as the girls' basketball coach at Leuzinger for the 2013-14 season, his team went 9-20. That came after he took over from a 1-17 season in 2012-13. Now Leuzinger is playing for the Southern Section Division 2A championship against Marlborough on Friday at 6 p.m. at Godinez. And it's primarily a home-grown team developed through lots of hard work and practice. The standout player is Brook Scott, a four-year varsity player.

It is hoped a new partnership will put Nelson on the map as place to study and advance artificial intelligence technology. Nelson Artificial Intelligence Institute (NAI) is re-locating to the Nelson Marlborough Institute of Technology's campus, in a move the organisations say will bolster opportunities to train in and develop the technology. Artificial intelligence is an area of software engineering where computers "learn" how to mimic human cognitive functions. Products under development at NAI – which set up in Nelson last year – aimed to help increase both efficiency and environmental sustainability in operations including aquaculture, and commercial fishing. They included a model to detect and classify microscopic algae that could help protect animals like shellfish.

Businesses across the U.S. are struggling to fill jobs as fewer Americans apply after receiving a third round of stimulus checks. Robert Walker, owner of family entertainment center Apex Entertainment in Marlborough, Mass., said some potential workers have called in to rescind their applications after getting the $1,400 stimulus payments from the Biden administration's American Rescue Plan. "It's crazy," Walker told Boston Herald on Monday. "People in my circle need people to apply. We're ready to get things going and our business is starting to take off."

Past the hype, what can AI accomplish in healthcare? - MedCity News

Artificial intelligence is currently a white-hot buzzword in healthcare. Both in everyday conversations and in large context settings like HIMSS, the term is guaranteed to generate interest. But what can it actually achieve in the world of healthcare? This question will be a topic of discussion at the upcoming MedCity INVEST conference in Chicago. IDx chairman and CEO Gary Seamans, who will be speaking at the event, commented on the popular nature of the technology.

The private Marlborough School contended a woman whose teacher sexually abused her could have prevented other students' abuse had she come forward earlier, according to court papers filed this month in response to a lawsuit against the school. The plaintiff is a victim of Joseph Thomas Koetters, the former English teacher who was sentenced to a year in jail on charges that he engaged in sex acts with her when she was a student from 2000 to 2002, and with another 16-year-old girl a few years later. A lawsuit filed last April alleges that the school is responsible for letting the sexual abuse occur by hiring Koetters in 1999, when it knew that he had been accused of inappropriate sexual conduct at another school years earlier, and for the psychological trauma she experienced after the abuse ended. The plaintiff became pregnant her senior year and suffered a miscarriage, as well as years of emotional trauma, according to the lawsuit. The original complaint alleges that Marlborough knew another school had forced Koetters to resign in part because of an inappropriate relationship with a student in the early '90s.