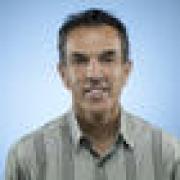 A passenger is bloodied as he is dragged from his seat in April after refusing to give it up to crew members on a United Airlines flight. Later that same month, a family flying home from a Hawaiian vacation is booted from a Delta Air Lines flight after a dispute over seating for an infant. In May, Violence erupted at Fort Lauderdale-Hollywood International Airport in Florida after Spirit Airlines canceled several flights because of a labor dispute with pilots. All three scenes have become content for viral videos, viewed by millions of people worldwide. But despite such ugly incidents involving the nation's airlines, their stock prices have continued to rise.

Passenger On Delta Airlines Flight Tries To Breach Cockpit: Recent Controversies Airline Has Been Involved In

A Delta Air Lines flight had to make an emergency turn around soon after taking off from Seattle-Tacoma International Airport for its destination in Beijing on Thursday after a passenger attempted to breach the cockpit, two witnesses familiar with the incident told CNN. The passenger taken into custody is said to be a 23-year-old man from Florida, according to the FBI. The aircraft, Delta flight 129, a twin-aisle Boeing 767-300ER made a safe return to Seattle around 7:40 p.m. EDT on Thursday, while being air escorted by Department of Defense. Three people were injured during the incident on the flight, including one crew member and two passengers, the witnesses told CNN. The flight reportedly turned back while it was flying over the western coast of Canada.

A United Airlines flight was delayed for hours Thursday evening at George Bush Intercontinental Airport after a scorpion was spotted on board the plane. According to reports, the stinging insect had crawled out from a passenger's clothes. "Houston to Quito flight 1035 returned to the gate after a scorpion reportedly emerged from a customer's clothing," a statement from the airline to local network KPRC2 read. "Paramedics at the gate immediately examined the customer and determined that he had not been stung. The customer declined further medical treatment and, as a precaution, a new aircraft was arranged.

Overbooked flight on Delta? They're now offering nearly $10,000 for you to give up your seat

Delta is letting employees offer customers almost $10,000 in compensation to give up seats on overbooked flights, hoping to avoid an uproar like the one that erupted at United after a passenger was dragged off a jet. In an internal memo obtained Friday by the Associated Press, Delta Air Lines said gate agents can offer up to $2,000, up from a previous maximum of $800, and supervisors can offer up to $9,950, up from $1,350. United is reviewing its own policies, including incentives for customers, and will announce any actions by April 30, a spokeswoman said. The airline would not disclose its current compensation limit. Other airlines did not immediately comment on whether they would raise their ceiling.

United and Other Airlines Overbook Flights Because It (Usually) Pays Off 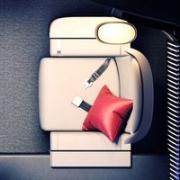 Everyone has an air travel horror story, usually one including some combination of delays, lost bags, smelly seat-mates, and cranky personnel. Yet most everyone's tale of woe would pale in comparison to that of the man who was dragged off a plane at Chicago's O'Hare airport Sunday night. United Airlines had overbooked the Louisville, Kentucky-bound flight, and offered up to $800 for anyone willing to wait for a later trip. Not enough people volunteered, so the airline selected four people--already in their seats--to leave behind. Three got off the Embraer 170 jet willingly, according to The Chicago Tribune, but the man in question refused to get up.