HIROSHIMA--Students here are recreating the lives of people devastated by the atomic bombing on Aug. 6, 1945, by vividly colorizing photos taken before the city was leveled by the nuclear attack. Students from Hiroshima Jogakuin Senior High School combine artificial intelligence technology and interviews with atomic bomb survivors to produce realistic coloring of black-and-white photos provided by hibakusha. Monochrome pictures snapped before and during World War II are automatically colorized with artificial intelligence. The processed photos are shown to hibakusha so colors can be manually adjusted based on their accounts. Converting one black-and-white photo into color takes from one week to several months, and 140 pictures have been colorized since November. 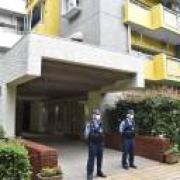 HIROSHIMA – With technology powered by artificial intelligence, high school students are colorizing black and white photos of Hiroshima taken before the atomic bombing of the city in 1945.

On Dec. 7, 1941, Peter Willett was feeding his rabbits in the backyard of his house at Ford Island, which sits in the middle of Hawaii's Pearl Harbor. He noticed planes heading toward the island. He thought they were U.S. military aircraft, but one of them flew so low over his head that he could see the Japanese emblem. Then a second plane started shooting its machine gun, marking the beginning of Japan's Pearl Harbor attack and the Pacific War. "Peter raced into the house, waking his mother and sister. They calmly took showers and dressed in their Sunday best because they refused to be taken prisoner in their nightgowns," a text attached to an old photo of Peter reads on a new web archive documenting the 1941 attack.

AI learns how to colorize photos, makes old Japan pictures look like they were taken today?Pics?

And the process it uses to color them isn't what you might expect. We've seen before how artificial intelligence is already on its way to beating humans at playing Go and giving dating advice, but now it seems like there's another area that machines will soon take us over in: colorizing old photographs. Waseda University recently showed off some old Japanese photos that have been fully-colorized by AI that learned the colorization process through analyzing large data sets full of categorized photos. That's the really cool part: the AI is coloring photos based on previous photos that are similar to it. The AI will color it similarly to other birthday photos.

There's a new web app that uses advanced "deep learning" research to magically auto-colorize black-and-white photos. The app uses the Colorful Image Colorization algorithm that's being developed by a team at UC Berkeley led by PhD student Richard Zhang. We first reported on the technology back in March 2016, and now there's an online demo that anyone can try on any photograph. Simply paste a URL to a photo into the website and press the purple "Colorize It" button. After some processing and a short wait, the page displays a side-by-side comparison of the B&W and colorized photos that you can switch between.