The government-mediated deal reached early Friday reduces proposed job and salary cuts and calls for greater investment in the long-range routes that analysts say are critical for Alitalia's survival. It will be put to a referendum of Alitalia workers next week.

Alitalia Workers Vote on Cuts to Stave off Bankruptcy

Italy's economic development minister, Carlo Calenda, has excluded nationalizing the airline, putting pressure on workers to accept the deal that foresees wage cuts of about 8 percent, down from as much as 30 percent, and reduces the number of layoffs by about one-third to 1,700. 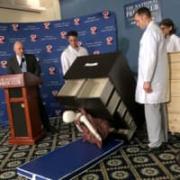 MILAN, ITALY – Struggling Italian carrier Alitalia is burning through its cash resources at the pace of around €300 million ($334 million) a year, its new temporary administrator, Giuseppe Leogrande, told members of a parliamentary committee. In November, after months of talks, railway group Ferrovie dello Stato, U.S. carrier Delta Air Lines and infrastructure group Atlantia backtracked on a plan to rescue the carrier. That left the government to choose between liquidating the company, or injecting more taxpayers' money to keep it flying. Alitalia, which has been through two previous unsuccessful reorganizations, is due to receive a further €400 million from the government, in addition to the €900 million the state has injected since May 2017. Leogrande said on Tuesday he was still working on an industrial plan for the loss-making airline.

Ryanair to Bid for Parts of Ailing Alitalia by Oct 2 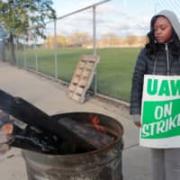 BERLIN/ROME – Alitalia's rescue hopes received a boost on Thursday with signs that Lufthansa could take a stake in the Italian carrier, while Rome agreed to a €350 million ($389 million) bridging loan to ease immediate cash worries. Loss-making Alitalia has been run by special administrators since May 2017 and talks led by state-owned railway group Ferrovie dello Stato to put together a consortium of rescuers have been going on for a year without coming close to a deal. Until now Ferrovie has been negotiating with U.S. carrier Delta Air Lines and infrastructure group Atlantia, but the three potential partners have been divided on key aspects of the rescue plan, including the size of their respective investments. On Thursday, two people with knowledge of the matter said Germany's Lufthansa was now offering not only a commercial partnership, but could also take a stake in the rival. Lufthansa would be open to making the investment if conditions, mainly regarding restructuring measures it deems necessary at its Italian rival, were met, one of the sources said.