Researchers at the cybersecurity firm Recorded Future recently released a report about one of its more interesting findings. While scouring the hacker forums on the dark web, the firm's analysts discovered someone selling MQ-9 Reaper drone documents -- maintenance books, training guides, and a list of airmen assigned to the military drone. The hacker was looking for $150-200 for the documentation. SEE ALSO: Hackers steal $23.5 million from cryptocurrency exchange Bancor That may seem a strangely low asking price, and according to Andrei Barysevich, a Recorded Future analyst, it is. The hacker was advertising the documents as classified information, but while they are only made available to military and its contractors, they aren't classified.

Last month, while tracking dark web marketplaces, threat intel team Insikt Group of the security firm Recorded Future discovered that someone was selling alleged US military documents. A hacker was asking for "$150 to $200" for non-classified yet sensitive materials on the US Air Force's Reaper drone, and posted an additional bundle of information on US Army vehicles and tactics for sale. According to Insikt's report, the team verified the documents after contacting the hacker. They learned that the intruder used an FTP vulnerability in Netgear routers that's been known for two years to break into a computer at the Creech Air Force Base in Nevada. The hacker took documents about the MQ-9 Reaper drone, including maintenance course books and a list of airmen assigned to fly it.

An unidentified hacker has allegedly been trying to sell stolen U.S. military documents on the dark web. The shocking revelation was made by cyber-security firm Recorded Future, who came across the hacker's loot, on Tuesday. The stolen files include documents on the MG-9 Reaper drone, remote-operated aircraft that are used in strikes and spy missions. Cyber-security firm Recorded Future revealed Tuesday that an unidentified hacker has been trying to sell stolen military documents on the dark web. While the files, which included maintenance course books and a list of airmen assigned to the drone, were not classified, Recorded Future says that they contain information that can be used by enemies to assess weaknesses with the drone. 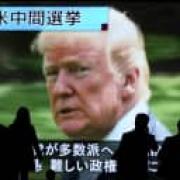 FUKUSHIMA – Japan Post Co. on Wednesday began transporting documents by drone in Fukushima Prefecture, the first operation of its kind in Japan, following easing of regulations to cope with labor shortages in the transport industry. The company said it will initially use drones to carry its own documents and advertisements between two post offices in the northeastern prefecture to examine whether the unmanned aircraft can be used to carry mail. In the future, it hopes to use drones for deliveries to mountainous regions and remote islands. It launched the operation after the government eased related regulations in September. Prior to easing restrictions, an operator was required to keep the drone in view.