Call this number to 'talk to a random Swede'

Sweden has a new phone number, and anyone, anywhere in the world can call it to "talk to a random Swede." SEE ALSO: Need a friend in Iceland? The country's tourist association is backing the project. To be connected to a random Swede, call 46 771 793 336. Presumably, you'll have to pay international rates to call -- though it would be only 0.01 a minute on Google Voice.

Hushed gets you a secure, second phone line for only $25

Keeping your phone number private is no easy task. Whether you're trying to sign up for a subscription or confirm an online purchase, giving out your phone number has become an unfortunate necessity in the modern age. Hushed lets you keep your phone number entirely private by allowing you to set up a secure second line, and a lifetime subscription is currently available for over 80% off at just $25. Available in one, three, or five lines, this service will help you eliminate spam calls and keep your real number free from unwanted attention. You'll be able to choose from hundreds of area codes in the United States and Canada, manage your communications from a single streamlined app, and make calls and send texts without any monthly fees. 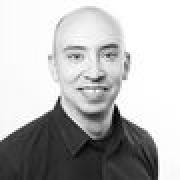 Since the days of Alexander Graham Bell, the standard has been one number for one phone. That stayed true even through the introduction of the smartphone. T-Mobile debuted a new program on Wednesday that allows multiple numbers to be used on a single smartphone. Called DIGITS, the program also allows for one number to be used across a variety of different connected devices including wearables. T-Mobile said that the new program is also available on Verizon and AT&T smartphones.

Why you might want to own a 'burner phone'

Samsung: Those who prefer a smaller and easier to use flip phone might consider this 20 Samsung Entro. Despite all the buzz surrounding the new iPhone, many are considering something on the other end of the spectrum: a cheap, disposable, and prepaid mobile phone. OK, so these "burner phones," as they're often referred to, may be an addendum to your pricey smartphone rather than a replacement for it, but these devices have some desirable benefits. While you might think a "burner phone" is something only a criminal may use to avoid being tracked by authorities – such as the drug dealers on a show like The Wire – law-abiding citizens may also appreciate the privacy awarded by a burner phone. For example, you might not want to use your main phone number if you're posting items on Craigslist or another classifieds site.

Why you should get a burner phone number, even if you aren't a spy

Burners have two main benefits: They're temporary, and they're largely anonymous. So a second number will be useful in any scenario where you need one or both of those things. Think about any one-time occasion when people might have to text you or call you, but you don't really want to give out your main number. If you're organizing a wedding, going to a festival, or helping arrange any kind of local event, you'll need to get in touch with lots of new contacts...but you might not want to give them your personal information. As another example, take dating.