This is Supervised machine learning full course. It covers all basic concepts from Python, Pandas, Django, Ajax and Scikit Learn. The course start on Jupyter notebook where different operations will performed on data. The end goal of this course is to teach how to deploy machine learning model on Django Python web framework. Actually, that is the purpose of machine learning.

IBM has partnered with pharmaceutical giant Pfizer to design an artificial intelligence (AI) model to predict the eventual onset of the neurological disease seven years before symptoms appear. Alzheimer's is currently incurable and is often diagnosed too late to prevent it from accelerating. Symptoms for the disease include the gradual degradation of memory, confusion, and difficulty in completing once-familiar daily tasks. Published in The Lancet eClinical Medicine, the researchers used small samples of language data from clinical verbal tests provided by the Framingham Heart Study, a long-term study that has been tracking the health of more than 5,000 people and their families since 1948, to train the AI models. The AI model's ability was then verified against data samples from a group of healthy individuals who eventually did and did not develop the disease later in life. 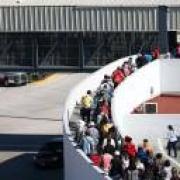 GENEVA – Adults and children should consume a maximum of 10 percent of their daily calories in the form of saturated fat such as meat and butter and 1 percent from trans fats to reduce the risk of heart disease, the World Health Organization said on Friday. The draft recommendations, the first since 2002, are aimed at reducing noncommunicable diseases, led by cardiovascular diseases, blamed for 72 percent of the 54.7 million estimated deaths worldwide every year, many before the age of 70. "Dietary saturated fatty acids and trans-fatty acids are of particular concern because high levels of intake are correlated with increased risk of cardiovascular diseases," Dr. Francesco Branca, Director of WHO's Department of Nutrition for Health and Development, told reporters. The dietary recommendations are based on scientific evidence developed in the last 15 years, he added. The United Nations agency has invited public comments until June 1 on the recommendations, which it expects to finalize by year-end.

Identification of disease genes, which are a set of genes associated with a disease, plays an important role in understanding and curing diseases. In this paper, we present a biomedical knowledge graph designed specifically for this problem, propose a novel machine learning method that identifies disease genes on such graphs by leveraging recent advances in network biology and graph representation learning, study the effects of various relation types on prediction performance, and empirically demonstrate that our algorithms outperform its closest state-of-the-art competitor in disease gene identification by 24.1%. We also show that we achieve higher precision than Open Targets, the leading initiative for target identification, with respect to predicting drug targets in clinical trials for Parkinson's disease.

While its late chairman Thomas Watson might have famously downplayed demand for computers back in the 1940s (to be fair, the machines he was referring to were clunky beasts that took up an entire room), that hasn't stopped the tech giant from making predictions about future trends. Since 2005, IBM has been releasing an annual list of five technological advancements that it thinks will take off in the next five years. In the past, they've focused on urbanization as well as machine learning and big data (with mixed results – perhaps five years is too optimistic a time frame for many of these technologies to take root). Unsurprisingly, given the emergence of AI and the Internet of Things, this year's predictions are focused on these two areas.