The Latest: Italy calls US strike "proportionate" for Assad

BEIRUT (AP) — The Latest on events in Syria (all times local):

US and UK blame Russia for 'malicious' cyber-offensive

The cyberwar between the west and Russia has escalated after the UK and the US issued a joint alert accusing Moscow of mounting a "malicious" internet offensive that appeared to be aimed at espionage, stealing intellectual property and laying the foundation for an attack on infrastructure. Senior security officials in the US and UK held a rare joint conference call to directly blame the Kremlin for targeting government institutions, private sector organisations and infrastructure, and internet providers supporting these sectors. Rob Joyce, the White House cybersecurity coordinator, set out a range of actions the US could take such as fresh sanctions and indictments as well as retaliating with its own cyber-offensive capabilities. "We are pushing back and we are pushing back hard," he said. Joyce stressed the offensive could not be linked to Friday's raid on Syria.

Obama Curbed Chinese Hacking, But Russia Won't Be So Easy 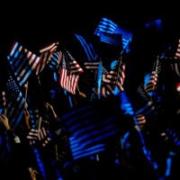 As outrage swells over Russian hacks against Democratic targets throughout the presidential election, panic over Kremlin meddling has led to a form of short-term amnesia: To paraphrase Orwell's 1984, "America is at cyberwar with Russia. America had always been at cyberwar with Russia." It's easy to forget, meanwhile, that as recently as last year China, not Russia, was America's ultimate digital nemesis, and seemed like it always would be. In fact, the last year has seen a little-discussed but dramatic drop in Chinese state-sponsored hacking, particularly for intrusions targeting private companies. As the US government searches for a response to Russia's election-focused hacking both here and elsewhere, the cybersecurity consultants and government officials who have battled both countries' state-sponsored hackers say that the recent China success story offers lessons about how to deter Russia's attacks--and also that applying the same deterrence against Moscow won't be easy.

Putin, Syria, and Why Moscow Has Gone War-Crazy

A viewer of Russian television this week could be forgiven for thinking that the end of the world was imminent, and that it would arrive in the form of grand superpower war with the United States, culminating in a suicidal exchange of nuclear weapons. On one day alone, three separate test firings of intercontinental ballistic missiles were broadcast on state media: two by submarine, one from a launch pad in the Far East. Last weekend, NTV, a channel under effective state control, aired a segment on emergency preparedness that included a tour of a Cold War-era bomb shelter, fortified in case of atomic war, and a mention of the municipal loudspeakers that will sound upon the arrival of "Hour X." On Sunday, Dmitry Kiselev, the most bombastic and colorful of Kremlin propagandists, warned on his weekly newsmagazine show that "impudent behavior" toward Russia may have "nuclear" consequences. Grievances against the West and predictions of militaristic doom are not new in Russia--they have run through all sixteen years of Vladimir Putin's rule. But they took on a heightened intensity in early 2014, after Russia's intervention in Ukraine and the U.S. sanctions that followed.

Russian disinformation campaigns on Twitter may not actually work

Russian interference in democratic debate on social media may not actually be that effective. That is the conclusion of one of the first major studies to look at how disinformation campaigns affected public opinion. Sunshine Hillygus at Duke University and colleagues tracked over 1200 politically partisan Twitter users on the social network, with their permission, during October and November 2017. The goal was to see how interaction with other people on Twitter affected their attitudes to politics. Then Twitter released the names of more than 4000 accounts connected with the Internet Research Agency (IRA), a Saint Petersburg-based firm that allegedly delivers disinformation on behalf of the Russian government.