The Fight For Europe's Future: Digital Innovation Or Resistance

Just over fifty years ago, a French journalist, Jean-Jacques Servan-Schreiber, published his book, Le Défi Américain (aka The American Challenge, 1967). It presented the United States and Europe as engaged in a silent economic war. In that war, he wrote, Europe was being completely outclassed on all fronts in dealing with the Third Industrial Revolution (electronics, information technology, and automation). The invading industrial armies of the day--1960s giants such as General Motors and IBM--were becoming dominant in Europe because of stronger and more flexible management techniques, technological tools, and research capacity. The book became an international hit, selling an unprecedented 600,000 copies in France alone. 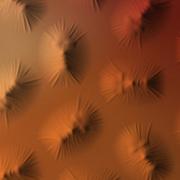 On Feb 15, 2019, John Abowd, chief scientist at the U.S. Census Bureau, announced the results of a reconstruction attack that they proactively launched using data released under the 2010 Decennial Census.19 The decennial census released billions of statistics about individuals like "how many people of the age 10-20 live in New York City" or "how many people live in four-person households." Using only the data publicly released in 2010, an internal team was able to correctly reconstruct records of address (by census block), age, gender, race, and ethnicity for 142 million people (about 46% of the U.S. population), and correctly match these data to commercial datasets circa 2010 to associate personal-identifying information such as names for 52 million people (17% of the population). This is not specific to the U.S. Census Bureau--such attacks can occur in any setting where statistical information in the form of deidentified data, statistics, or even machine learning models are released. That such attacks are possible was predicted over 15 years ago by a seminal paper by Irit Dinur and Kobbi Nissim12--releasing a sufficiently large number of aggregate statistics with sufficiently high accuracy provides sufficient information to reconstruct the underlying database with high accuracy. The practicality of such a large-scale reconstruction by the U.S. Census Bureau underscores the grand challenge that public organizations, industry, and scientific research faces: How can we safely disseminate results of data analysis on sensitive databases? An emerging answer is differential privacy. An algorithm satisfies differential privacy (DP) if its output is insensitive to adding, removing or changing one record in its input database. DP is considered the "gold standard" for privacy for a number of reasons. It provides a persuasive mathematical proof of privacy to individuals with several rigorous interpretations.25,26 The DP guarantee is composable and repeating invocations of differentially private algorithms lead to a graceful degradation of privacy.

We present new secure protocols for approximate $k$-nearest neighbor search ($k$-NNS) over the Euclidean distance in the semi-honest model. Our implementation is able to handle massive datasets efficiently. On the algorithmic front, we show a new circuit for the approximate top-$k$ selection from $n$ numbers that is built from merely $O(n + \mathrm{poly}(k))$ comparators. Using this circuit as a subroutine, we design new approximate $k$-NNS algorithms and two corresponding secure protocols: 1) optimized linear scan; 2) clustering-based sublinear time algorithm. Our secure protocols utilize a combination of additively-homomorphic encryption, garbled circuit and Oblivious RAM. Along the way, we introduce various optimizations to these primitives, which drastically improve concrete efficiency. We evaluate the new protocols empirically and show that they are able to handle datasets that are significantly larger than in the prior work. For instance, running on two standard Azure instances within the same availability zone, for a dataset of $96$-dimensional descriptors of $10\,000\,000$ images, we can find $10$ nearest neighbors with average accuracy $0.9$ in under $10$ seconds improving upon prior work by at least two orders of magnitude.

Privacy in Open Search: A Review of Challenges and Solutions

Privacy is of worldwide concern regarding activities and processes that include sensitive data. For this reason, many countries and territories have been recently approving regulations controlling the extent to which organizations may exploit data provided by people. Artificial intelligence areas, such as machine learning and natural language processing, have already successfully employed privacy-preserving mechanisms in order to safeguard data privacy in a vast number of applications. Information retrieval (IR) is likewise prone to privacy threats, such as attacks and unintended disclosures of documents and search history, which may cripple the security of users and be penalized by data protection laws. This work aims at highlighting and discussing open challenges for privacy in the recent literature of IR, focusing on tasks featuring user-generated text data. Our contribution is threefold: firstly, we present an overview of privacy threats to IR tasks; secondly, we discuss applicable privacy-preserving mechanisms which may be employed in solutions to restrain privacy hazards; finally, we bring insights on the tradeoffs between privacy preservation and utility performance for IR tasks.