In technology wars, patents are the sword

For three decades, Mr. Phillips had focused on writing software to allow computers to understand human speech. In 2006, he had co-founded a voice recognition company, and eventually executives at Apple, Google and elsewhere proposed partnerships. Mr. Phillips's technology was even integrated into Siri itself before the digital assistant was absorbed into the iPhone. But in 2008, Mr. Phillips's company, Vlingo, had been contacted by a much larger voice recognition firm called Nuance. "I have patents that can prevent you from practicing in this market," Nuance's chief executive, Paul Ricci, told Mr. Phillips, according to executives involved in that conversation. Mr. Ricci issued an ultimatum: Mr. Phillips could sell his firm to Mr. Ricci or be sued for patent infringements. When Mr. Phillips refused to sell, Mr. Ricci's company filed the first of six lawsuits. Soon after, Apple and Google stopped returning phone calls. The company behind Siri switched its partnership from Mr. Phillips to Mr. Ricci's firm. And the millions of dollars Mr. Phillips had set aside for research and development were redirected to lawyers and court fees. When the first lawsuit went to trial last year, Mr. Phillips won.

It was once heralded as a possible saviour of the music industry in the digital age, famously annoyed fans by forcing a U2 album on them, and its 20,699-word terms and conditions have even inspired a graphic novel, but now Apple is to replace its iTunes download service. According to a report by Bloomberg, the tech company will announce that three separate apps for music, TV and podcasts will supersede iTunes, as Apple seeks to reposition itself as an entertainment service rather than a hardware company powered by products such as the iPhone. The move is expected to be part of the keynote address by the Apple chief executive, Tim Cook, at the company's Worldwide Developers Conference in San Jose, California, which starts on Monday and will focus on software updates and Apple's new approach to apps. Launched on 9 January 2001, iTunes was Steve Jobs's then-revolutionary platform for music storage and downloads, where users could rip their CDs into digital form and legally buy albums rather than using popular peer-to-peer file sharing sites such as Napster, which had arrived two years earlier. "The attraction of Napster was not just that it was free, but more importantly, it gave people a way to connect with pretty much any piece of music," the former Warner Music vice-president Paul Vidich told Rolling Stone in 2013.

In a world where Apple bought Time Warner 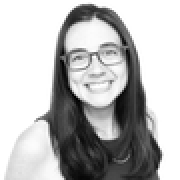 In a world where Apple bought Time Warner, the media company behind HBO, CNN and TBS, the next season of the hyped fantasy series could have premiered exclusively to iPhone users. It's a disconcerting scenario, but also one well worth considering now that AT&T agreed to buy Time Warner over the weekend for around 85 billion. The announcement of the deal renewed conversation that Apple had been and could still be interested in the media company. You know Apple as the maker of your iPhone, MacBook, iPad and Watches, products that have helped make it among the most valuable companies in the world. But when there is only so much hardware to sell and so many people to sell to, the tech giant could be eying an expansion. 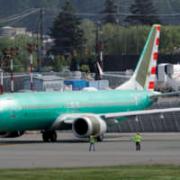 SAN FRANCISCO – It's time to bid farewell to iTunes, the once-revolutionary program that made online music sales mainstream and effectively blunted the impact of piracy. That assumes, of course, that you still use iTunes -- and many people no longer do. On iPhones, the functions have long been split into separate apps for music, video and books. Mac computers follow suit Monday with a software update called Catalina. Music-subscription services like Spotify and Apple Music have largely supplanted both the iTunes software and sales of individual songs, which iTunes first made available for 99 cents apiece.