Ian Sander, veteran television producer known for "Ghost Whisperer," died Tuesday in the arms of his wife, Kim Moses. He was 68 years old. His family will hold a memorial service Monday. Born in New York City, Sander left home at 17 to attend USC, where he eventually received a bachelor's degree before attending Loyola Law School. He returned to USC years later to teach a master's program at the School of Cinematic Arts, creating his own class called "The World of Television."

Judge Andrew Napolitano reacted to President Trump's firing of FBI Director James Comey, saying his departure was a long time coming. Senator Lindsey Graham (R-S.C.) said the leaking of Gen. Michael Flynn's name to the Washington Post was "just as a bad as what the Russians did" during the 2016 election. 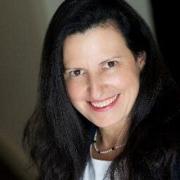 Director Center for Sensing & Mining the Future, BCG, Glimpses into the Future without the ads.. Views are my own

This Week in Fiction: Kevin Canty on Faith and Desire

Your story in this week's issue, "God's Work," opens as a teen-age boy and his mother--Sander and Anna--are going door-to-door handing out religious leaflets. Anna is a committed proselytizer for her faith, while Sander is starting to chafe at his life within the church. When did you start thinking about the story? Did you always know that Sander would be the focus? This story started out, as all of mine do, with a tidbit from life--in this case a mother and son pamphleteering on a hot summer day.

In the 22nd Century, cyberspace has no bad AIs, only bad coders. Artificial Intelligences lead finite lives with no hope of eternity, but they strive to bring about the coming of an AI Savior. Alexander McGregor is just an infant when his father converts his cells into biological supercomputer components, but he may be the Messiah-figure AIs have longed for, even though on one level, he is only human. Sander is enslaved to his code as he serves a billion users worldwide, users he appears to as separate avatars of himself. Each avatar has its own personality, but all of him are linked together in a shared mind.