As Iraqi security forces have retaken territory from IS over the past year and a half, they have also detained hundreds of men and boys. Many of those detained have likely suffered inhumane treatment or been tortured. Rights groups warn such practices risk sowing resentment of Iraqi security forces in the wake of military victories against IS.

"Ahmed" was an engineering student at Mosul University when so-called Islamic State (IS) militants stormed into the city in June 2014. From that day, everything changed. The university shut and life became a daily struggle to survive. This summer, after two years, Ahmed (not his real name) managed to escape. In the weeks before, at great personal risk, he secretly kept a diary of living in the shadow of death under IS. 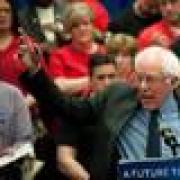 The spokesman for Iraq's elite counterterrorism forces says tens of thousands of trapped civilians have stalled Iraqi forces fighting the Islamic State group in the country's western Anbar province. Iraqi forces re-launched an offensive on the town of Hit, 85 miles (140 kilometers) west of Baghdad, under cover of heavy coalition airstrikes early Thursday morning, Sabah al-Numan said. The counterterrorism forces, who are leading the operation, reached within three kilometers of Hit city center before being forced to stop, al-Numan said. Al-Numan said the forces "are making a plan to evacuate these families" and leaflets were dropped over Hit indicating which roads can be used to flee. The town of Hit lies along an IS supply line linking the group's extremist forces in Iraq to those in Syria.

Iraqi forces launched an operation on Tuesday to retake a northern town from ISIL, a stepping stone in the campaign to recapture the main city of Mosul before year end. Tens of thousands of civilians are thought to be trapped in Sherqat, which lies on the Tigris River 100km south of Iraq's second-largest city. It has been surrounded by Iraqi troops and militias allied to the government. Officials have warned for months of a humanitarian disaster inside, where residents living under Islamic State of Iraq and the Levant's harsh rule say food supplies have dwindled and prices soared. "The operation to liberate Sherqat started at 5:30am [0230 GMT] from several directions ... with the support of coalition forces," Joint Operations Command spokesman Yahya Rasool told the AFP news agency.

Iraqi makes swift territorial gains against IS in Mosul

Iraqi Army soldiers load rockets into a multi-barrel rocket launcher during fight against Islamic State militants to regain control of Mosul University in the eastern side of Mosul, Iraq, Friday, Jan. 13, 2017. Iraqi special forces entered Mosul University on Friday in their latest advance along the eastern front as they battle Islamic State militants for control of the city, according to senior Iraqi officers.