Artificial Intelligence in the Workplace - An Employment Law Perspective Lexology

Artificial Intelligence or AI is defined by the Oxford English Dictionary as "the theory and development of computer systems able to perform tasks normally requiring human intelligence, such as visual perceptions, speech recognition, decision-making, and translation between languages". The term is defined in popular culture, and in the eyes of employees the world over, as an ever-approaching threat. The World Economic Forum has discussed AI as a major element of the fourth industrial revolution (4IR) and something which will rapidly change our world and workplaces. Regardless of the definition, AI is coming into our workplaces and coming quickly. As with any change to workplaces, employment law will follow.

The Fourth Industrial Revolution is fundamentally changing the ways that people work and live in three main ways. First, it is untethering some types of work from a physical location, making it easier to remotely connect workers in one region or country to jobs in another – but also making it less clear which set of employment laws and taxes apply, creating greater global competition for workers, potentially weakening employment protections and draining public social protection coffers. Second, human labour is being displaced by automation, robotics and artificial intelligence. Opinions differ on the extent of what is possible: Frey and Osborne's (2013) study found that 47% of US employment is at high risk of being automated over the next two decades, while a 2016 study of 21 Organisation for Economic Co-operation and Development (OECD) countries, using a different methodology, concluded that only 9% of jobs are automatable. In general, lower-skilled workers are more likely to see their jobs disappear to automation, increasing their vulnerability and exacerbating societal inequality. Finally, the nature of the contract between employer and employee is changing, at the same time that the move to a sharing and collaborative economy increases the prevalence of jobs that fall outside the standard employment contract model. The shift has some positive implications for workers, as it potentially offers more control over when and whether to work and opportunities to supplement their incomes – renting out a room through Airbnb, for example, or driving part-time for a service such as Uber.

Ban on MPs from employing spouses at next election

Newly elected MPs will no longer be allowed to employ spouses and other relatives using taxpayers' money. The new rules will come into force at the next election, expected to take place in 2020, although the 151 MPs who currently employ "connected parties" will be able to continue to do so. The parliamentary watchdog, Ipsa, said employing family members was "out of step" with modern employment practices. Many MPs argue partners are uniquely placed to do the jobs expected of them. The Independent Parliamentary Standards Authority, which processes and polices MPs expenses, announced the ban as it published a revised version of the rulebook for MPs' claims. 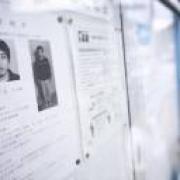 Japan has begun investigating ministries and agencies suspected of having padded its employment rates of people with disabilities for over 40 years to match a legal requirement, government sources said Thursday. The actual hiring rates are now expected to fall to less than 1 percent -- far lower than the government target of 2.5 percent for itself and below half of the publicly announced rates. It will also be significantly lower than the goal set for the private sector. As of June 1, 2017, about 6,900 people with disabilities were said to be hired by 33 national administrative agencies, or 2.49 percent of their total employment on average, achieving the then target of 2.3 percent. However, nearly 10 key ministries and agencies, including the transport and internal affairs ministries, have misrepresented the rates by including in the headcount personnel with relatively mild disabilities who do not carry "disability certificates."

The Future of Skills: Employment in 2030