Defining the Heisei Era: Examining the rise of otaku culture

Born in the city of Nagoya in 1970, he spent his teenage years devouring popular anime series of the time, including "Mobile Suit Zeta Gundam," the sequel in the well-known Gundam franchise that first aired in 1985, and "Dirty Pair," a sci-fi adventure featuring a sexy female duo working as "trouble consultants." This was the heyday of the VHS cassette, and Goto would spend his allowance renting anime tapes, many of which were made specifically for release on home video format to meet the period's surging demand for anime content. It wasn't a hobby he could openly share with his classmates, however. This was years before the otaku image underwent a makeover of sorts, thanks to the popularization of the fan culture and its global acceptance as a source of soft power. "Otaku of our generation were typically way down in the'school caste' system, and girls tended to look at us with disdain," he says, referring to the invisible hierarchy in the classroom determined by different status symbols. 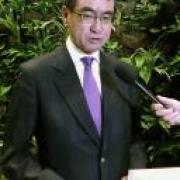 Cryptocurrencies may be making worldwide headlines as high volatility assets that have seen dazzling stretches of growth and stunning falls, but the CEO of Tokyo Otaku Mode Inc. believes they have a different kind of potential. Naomitsu Kodaka says cryptocurrencies can serve as cross-border digital cash for smaller communities, such as hobbyists, that can be used within the group to build closer bonds and exchange assets. The startup's plan is to target hardcore anime, manga and game lovers -- or otaku (geeks) -- with a new cryptocurrency called Otaku Coin. "We think this is going to be quite an experiment," Kodaka, who also co-founded the firm, said in an interview last month. Tokyo Otaku Mode runs an e-commerce site selling goods related to anime, manga and video game titles.

The happiness of the otaku: Daydreaming to well-being 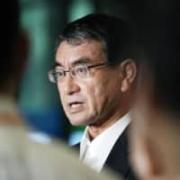 I've only once ever been addressed by someone using the pronoun "otaku." Taken literally, the word refers to "someone else's house or family," and on rare occasions it is used as the second-person pronoun, "you." The only time it was used to address me was by a police officer in Roppongi, Tokyo, and while it's probably best not to get into the particulars of that sordid episode, it's typical that it was a police officer who used it. In this instance the use of otaku is super-formal, but it still felt weird. At the time I was delighted to hear the word used in its original sense.

Anime didn't make it into the Oscar nominations this year. Here's why that doesn't matter.

Back in 2003, "Spirited Away" made history by becoming the first Japanese animated feature film to win an Academy Award. It told the story of 10-year-old Chihiro, a young girl propelled into a world governed by spirits, gods and other fantastical beasts that go bump in the night. It was a milestone for the animation industry. But more than a decade later, the art form's representation at the Oscars hasn't improved. According to Academy records, only nine animated films either fully produced or co-produced in Japan have been nominated since the late 1990s.

Mark these on your Anime Expo calendar, otaku

Although it's grown enormously in size over the years -- more than 100,000 attendees are expected this year -- the Anime Expo has remained faithful to its original spirit. It's first and foremost a place where people who love anime and manga hang out together and celebrate their favorite films, series, books and characters. There are screenings, panel discussions, workshops, lectures, concerts, contests and maid and butler cafes. But the principle attraction remains the chance to meet fellow otaku (fans). The World War II family drama won the Japanese Academy Award for animated feature this year, beating the megahit "Your Name."