'Dragon Quest Builders' comes to the West this October

I played the new, localized version for roughly 30 minutes and came away pleasantly surprised. It's set after the original Dragon Quest and explores what might have happened after the so-called "bad" ending, where you choose not to fight the Dragonlord. The world of Alefgard is ruined and you wake up with no memories (surprise, surprise) and the power to build. Your task is to venture out into the world and teach the art of creative construction to everyone you meet, healing the land along the way. The characters, items and monsters are all Dragon Quest-themed, offsetting the blocky visuals taken from Minecraft.

In this paper, we present adaptive quests, an extension to the dominant quest model that guides and motivates gameplay in MMORPG shared worlds. The standard model has proven effective, but is significantly incompatible with the desire for player driven change in the world. We present an incremental step to increasing player impact, discuss the problems it creates with the quest model, and show how adaptive quests can help reconcile the two. We present simulation experiments supporting not only that adaptive quests help mitigate those problems, but that they can actually improve them over the standard model. 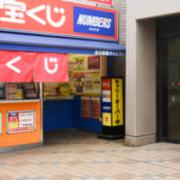 Square Enix Co. said Monday it will release a new smartphone game title in its popular role-playing Dragon Quest series this year, enabling players to locate and battle monsters in real-world locations. Dragon Quest Walk, to be available in Japanese on Apple's iOS or Google's Android operating systems, is similar in concept to the smash-hit Pokemon Go game in which users catch virtual characters that appear on their smartphone screens based on the player's location. Yuji Horii, creator of the Dragon Quest series and executive producer at game developer Square Enix, acknowledged at an event in Tokyo that he was inspired by the location-based Pokemon Go game released in 2016, calling it "extremely fun" to play. "I hope many players will take their smartphones and go outside for an adventure as a hero," Horii said. "I think it will push users to go outside for walks and allow them to discover new places." 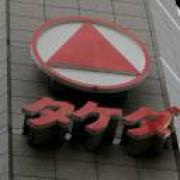 Game-lovers can wield a sword, use magic and dive into the world of another megahit game series starting Friday at the VR Zone Shinjuku in Tokyo. Ahead of the launch of Dragon Quest VR, the arcade held a preview for media Wednesday with producers touting that the new attraction will virtually transform players into characters of the iconic fantasy role-playing game series. The game is mostly about battling monsters that appear in the game series, including the jelly-like Slime and Dracky, which looks like a bat. The mission is to slay a boss villain called Zoma. Two-to-four people form a party to engage in the 15-minute battle in a spacious 240 square-meter room.

It's hard for a game to be truly original these days. The myriad of genres and styles over the last few decades in gaming mean that almost every game draws influence from somewhere. While some cherry pick small ideas here and there, others lift entire concepts wholesale. Welcome to Dragon Quest Builders, a traditional Japanese RPG with a great big dollop of Minecraft thrown in. The game does little to hide its inspiration.