Fox Business Flash top headlines are here. Check out what's clicking on FoxBusiness.com. North Korea became the first country to drop out of the Tokyo Olympics because of coronavirus fears, a decision that underscores the challenges facing Japan as it struggles to stage a global sporting event amid a raging pandemic. A website run by North Korea's Sports Ministry said its national Olympic Committee during a meeting on March 25 decided not to participate in the Games to protect athletes from the "world public health crisis caused by COVID-19." The pandemic has already pushed back the Tokyo Games, which were originally scheduled for 2020, and organizers have scrambled to put in place preventive measures, such as banning international spectators, to ensure the safety of athletes and residents.

In breakthrough, Koreas will meet Tuesday to talk about Olympics and improving ties

SEOUL – The rival Koreas will sit down for their first formal talks in more than two years next week to find ways to cooperate on the Winter Olympics in the South and to improve their abysmal ties, Seoul officials said Friday. While a positive sign after last year's threats of nuclear war, the Koreas have a long history of failing to move past their deep animosity. 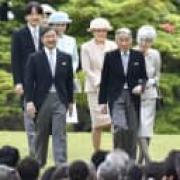 The government plans to allow the North Korean sports minister to enter the country in late November to attend a meeting connected with the 2020 Games, sources said Saturday. North Korea has told officials involved in the preparation for the general assembly meeting of the Association of National Olympic Committees that Kim Il Guk, minister of physical culture and sports, wants to participate in the gathering from Nov. 28 to 29 in Tokyo, according to the sources. Japan has banned North Korean nationals from entering the country as part of unilateral sanctions against Pyongyang over its development of nuclear weapons and ballistic missiles. It is extremely rare for a North Korean minister to visit Japan, which has never had diplomatic relations with the neighboring country. The government is making arrangements for the sports minister's visit, believing the public will not see it as a problem if the purpose is to attend a meeting related to Tokyo 2020.

A North Korean Olympic official has said that his country is "likely to participate" in next month's Winter Olympic Games in Seoul, reports say.

SEOUL – International Olympic Committee President Thomas Bach traveled to Pyongyang on Thursday, the Olympic body said, in a visit that comes after North Korea's participation in the Pyeongchang Winter Games helped ease inter-Korean relations. Bach will remain in North Korea until Saturday and will have meetings with the nation's Olympic officials in a trip agreed on last year as part of talks between the IOC and North and South Korea ahead of the games. "The discussions will focus on the further development of sport in the DPRK after the successful participation of athletes at the Olympic Winter Games PyeongChang 2018, and the preparation of athletes from the National Olympic Committee of the DPRK with the objective of qualifying for and participating in the Olympic Games Tokyo 2020 and Olympic Winter Games Beijing 2022," the IOC said in a statement. "This visit is part of the close cooperation and consultations the IOC enjoys with all of the 206 National Olympic Committees." The IOC supported North Korean athletes financially and in kind in their effort to qualify for Pyeongchang.