Ng said Landing.ai had been approached by investors but had not accepted outside capital yet. Foxconn, known more formally as Hon Hai Precision Industry Co Ltd 2317.TW, is Landing.ai's Ng said the startup has been working with Foxconn since July, but he would not elaborate on the nature of the collaboration or which of Foxconn's customers it might involve. Foxconn makes products for many companies aside from Apple.

Andrew Ng, co-founder of some of Alphabet Inc-owned Google's most prominent artificial intelligence projects, launches a new venture with iPhone assembler Foxconn to bring AI and so-called machine learning onto the factory floor.

Is Artificial Intelligence a Threat to Humanity?

Should we be worried about the future of artificial intelligence? Some of the biggest names in science and technology have recently made headlines by suggesting that yes, we should. Microsoft founder Bill Gates has joined this school of thought, saying he is "in the camp that is concerned about super intelligence," and predicting that in mere decades, AI could become "strong enough to be a concern." Gates' comments echo what several other forward thinkers have said about this topic. Elon Musk, founder of SpaceX, Telsa Motors, SolarCity, and PayPal has called AI our "biggest existential threat." 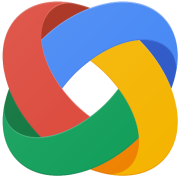 Google wants to give your car an Android brain

One the first day of its Google I/O 2016 developer conference, Google announced that Android N will be able to run natively in cars. Is it time for Android to finally take over cars in a big way?