Grimes and Endel bring their AI-powered sleep sounds to Android

Last October, Endel announced that it had partnered with Grimes for a special'soundscape' inside its music app, which is meant to help you focus, relax or fall asleep. The collaboration was called AI Lullaby and, as you might have guessed from the name, combined artificial intelligence with Grimes' original music and vocals. There was just one problem: it was only available on iOS. The slumber sounds have now disappeared for iPhone users and, as promised, hopped over to Endel's Android application. If you own a phone or tablet powered by Google's operating system, it should be accessible the next time you open the app. 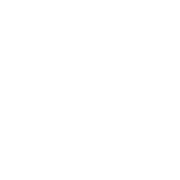 "The Fencer," Finland's official Academy Award entry for 2016, is an effective mix of underdog sports drama and political thriller, inspired by the true-life story of celebrated fencing champ Endel Nelis. The 1953-set film finds Estonian resister Endel (a finely understated Märt Avandi) forced to flee Leningrad -- and Stalin's secret police -- and return to his Soviet-occupied homeland to hide away in the tiny town of Haapsalu. But when Endel cobbles together a fencing club, he finds enough enthusiasm from the students -- including soulful Jaan (Joonas Koff) and puckish Marta (Liisa Koppel) -- and their downtrodden parents and guardians to defeat the principal's disdain for a sport he deems a "relic of feudal times." Later, despite his initial reluctance, Endel enters his eager young trainees in a national fencing tournament in Leningrad, which results in its share of inspirational moments as well as suspense as Endel risks capture by Soviet authorities.

Grimes and Endel made an AI-powered lullaby

Synth-pop artist and Cyberpunk 2077 cast member Grimes has teamed up with mood music startup Endel to create an AI-powered soundscape designed to help you drift off. "AI Lullaby" blends vocals and original music from Grimes with personalized sounds that an algorithm in real-time. Grimes told the New York Times she was partly inspired to work on the project while seeking "a better baby sleeping situation" for her young son, X Æ A-XII. "AI Lullaby" is available through Eldel's iOS app until December 23rd, and you'll be able to check it out via Android and Alexa before the end of the year. Proceeds from the soundscape will go towards two nonprofits: A.I. for Everyone and the Naked Heart Foundation.

The Artificial Intelligence Takeover Whether as collaborators or on their own, artificial intelligence programs made a huge impact on music this year, one that's only going to evolve moving forward YACHT handed full control of their album'Chain Tripping' to an artificial intelligence. Photo: Mitchell Davis Published Dec 12, 2019 Humans are born to collaborate; we can't help but bounce our ideas off someone else every once in a while. An entirely new musical partner has been emerging recently, however, and it's not human. Artificial intelligence has played a significant role in music this year, and its influence is likely to spread over the coming years. If Grimes' recent comments are anything to go by, then A.I. and other technological advancements are soon going to make live music obsolete -- although we're not too sure about that.