"A man is a god in ruins," wrote Ralph Waldo Emerson in the 19th century.

Frankenstein in the Age of CRISPR-Cas9 - Facts So Romantic

The so-called "year without a summer," 1816, was bleak, if not strangely gothic. Mount Tambora in Indonesia had erupted the year before, pitching volcanic ash into the atmosphere and obscuring the sun. Torrential rains pressed deep into the year, resulting in global crop failures. The birds quieted down by midday, as darkness descended, and for days at a time, a group of writers huddled by candlelight in a rented mansion on Lake Geneva. The dashing 23-year-old poet Percy Shelley and his 18-year-old companion, Mary, who had already taken to calling herself "Mrs. Shelley," traveled to the lake to spend the summer with the poet Lord Byron. On the night of June 15, 1816, they read ghost stories aloud. And then, Byron suggested they each try their hand to write one.

The Mythical and Unbelievable History of Artificial Intelligence

When Mary Wollstonecraft Shelley penned the cult classic Frankenstein, she referred to the story's ill-fated protagonist as "The Modern Prometheus," directly referencing the Greek Titan known for creating mankind. Prometheus loved humans, so much so that he stole the gift of fire from Mount Olympus and passed it on to the lowly humans who were neglected by the Gods. His generosity, however, was to undue him and curse him for the rest of his existence. Frankenstein would also share this fate after taking on the role as creator, a responsibility that ended up being too much to bear. And now, after centuries of reiterating the same theme, we too are becoming the modern Prometheus.

"If you've created a conscious machine," says Caleb to Nathan toward the beginning of Ex Machina, when Caleb discovers Nathan is on the verge of creating an artificial intelligence indistinguishable from human intelligence, "it's not the history of man. Ex Machina, written and directed by Alex Garland, is an intriguing film about the wonders and dangers of artificial intelligence (AI). Garland's tale is stylishly told, beautifully photographed, and aided by a clever script that subverts standard cinematic clichés. It is also suffused with religious themes and theological motifs--unsurprisingly, because ever since Mary Shelley's Frankenstein, the prospect of human beings creating human-like beings of their own has almost invariably raised the issue of "playing God." In Ex Machina, Caleb is a computer coder brought to Nathan's secret research facility to apply the Turing Test to Nathan's AI--that is, to test whether a human interacting with the robot would be able to tell that the AI is non-human.

AI in Popular Culture: How Much Do You Remember? 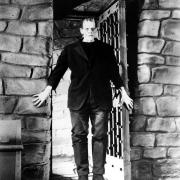 The appeal of thinking machines, particularly those that seem human, is understandable. If we could create an intelligent being, it might relieve our loneliness, protect us from our enemies, cure our illnesses, comfort our griefs. Then again, it might just as easily turn on us, destroy us, and take over the world. Books, movies and other cultural representations of AI are shot through with this tension: Will the being we create be our savior or our crucifier? But the actual title was, "Frankenstein, or…" Or what?