Artificial intelligence is ubiquitous these days and is helping human beings in every sphere of life. India is slowly progressing in the field of artificial intelligence and education is the latest sector which has seen the rise of AI. Continuing the trend, a Bengaluru-based school has deployed humanoid robots to deliver lectures. Indus International School in Bengaluru has introduced three humanoid robots for teaching students of class 7,8 and 9 with the ultimate aim of replacing human teachers altogether. These human-looking robots are capable of two-way interaction i.e. they can answer queries of students and respond to their answers similar to how voice-based assistants work. 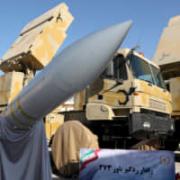 MOSCOW – Russia on Thursday launched an unmanned rocket carrying a life-size humanoid robot that will spend 10 days learning to assist astronauts on the International Space Station. Named Fedor, for Final Experimental Demonstration Object Research with identification number Skybot F850, the robot is the first ever sent up by Russia. Fedor blasted off in a Soyuz MS-14 spacecraft at 6:38 a.m. The Soyuz is set to dock with the space station on Saturday and stay till Sept. 7. Soyuz ships are normally manned on such trips, but on Thursday no humans are traveling in order to test a new emergency rescue system. Instead of cosmonauts, Fedor was strapped into a specially adapted pilot's seat, with a small Russian flag in his hand.

Robotics company Boston Dynamics has further improved its humanoid robot, Atlas. The latest version of the machine is now faster and more agile – able to run outside and jump over obstacles. In a separate video, the SpotMini robot is seen autonomously navigating through an office and lab facility.

Roboticists worldwide are spending an obscene amount of time and effort trying to teach large humanoid robots how to not fall over. We rejoice every time there is even the smallest incremental bit of progress towards success, because not falling over is super hard, especially if you want your robot to be doing something useful. And even though some large humanoid robots can occasionally survive falling over, most of them don't enjoy it very much. Led by Kei Okada and Masayuki Inaba, a team from the University of Tokyo and Kawasaki Heavy Industries is working on their own life-sized humanoid robot, and they've come up with a new strategy for not worrying about falls: not worrying about falls. Instead, they've built their robot from the ground up with an armored structure that makes it totally okay with falling over and getting right back up again.

Aldebaran Robotics' Nao robot has already received a few upgrades from both the company itself and other developers, but it now has a proper successor. Aldebaran took the wraps off its new and improved Nao Next Gen robot today, touting features like a 1.6GHz Atom processor and dual HD cameras that promise to allow for better face and object recognition even in poor lighting conditions. What's more, while robot's outward appearance hasn't changed much, it has also received a number of software upgrades, including Nuance voice recognition, an improved walking algorithm, and a number of other measures to cut down on unwanted collisions. As before, the robot is aimed squarely at researchers and developers, but the Aldebaran's chairman notes that the company is continuing to pursue its goal of providing a Nao intended for individuals -- a goal he notes is being aided by the contributions from its developer program. Check out the gallery below and the video after the break for a closer look.