Is your company or your team thinking of leveraging Machine Learning to build awesome products? In this second part*, intended to be a quick read, I have included the key take-aways from the panel discussion at the end of the event on the best practices and tips when building ML products. Please comment to this article if you don't agree with something or you want to share your experience o( ω)o In short, ML is not a silver bullet for everything (shiny technology phenomenon), there are the following considerations that the panel mentioned. If all above is yes, moving to tips on how to make the most of ML: You will need feedback mechanisms, so you can correct the data overtime. Organising and cleaning data efficiently will be key, but so will be integrating the feedback loop in your system.

A successful new product delivers a compelling user experience for an unmet need. I think this is why there is such a natural marriage between technology and product development; as technology progresses it opens up feasibility of meeting previously unmet or poorly met needs. When something big happens, like the web, or the advent of pocket supercomputers aka smart phones, we all get to dream up ways these things can be leveraged to deliver value to users. New technology is particularly exciting for entrepreneurs and underdogs. Established companies eventually get a lock on new markets.

According to a Brookings Institution report, "Automation and Artificial Intelligence: How machines are affecting people and places," roughly 25 percent of U.S. jobs are at a high risk of automation. Among the most vulnerable jobs are those with routine physical and cognitive tasks such as office administration, production, transportation and food preparation. The jobs that are the least vulnerable to automation are generally classified as abstract and manual occupations -- "those that involve tasks that are … difficult to codify or take place in physical environments that are difficult to control." According to the report, "abstract roles -- typically in management, technology or finance -- tend to require more formal education and skills such as creativity, persuasion, intuition and problem solving." The report predicts what automation does not replace, it will complement -- as will be the case with many technology workers.

Types of ML-Driven Products, and How to Build Them

Building products that use machine learning or artificial intelligence comes with significant challenges. AI-driven products are not deterministic – they make mistakes, and they behave differently in seemingly similar situations, which is something users are not typically comfortable with. They might also make recommendations that a user disagrees with or didn't expect. Not only is this a risk for the user – they might choose to ignore all the AI features as a result – but it could lead to experiences that make the user decide against using the product again. In this article, we explore three major types of ML-driven products and provide five design considerations for ML product managers. 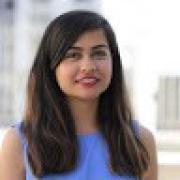 Depending on the size of your organization, the type(s) of product, your development lifecycle and your organization's practices, you will have your own way of defining product specifications. To build effective machine learning products, most often you will have several stakeholders from multiple disciplines including data scientists (various kinds), engineers, designers, domain experts, product marketing and more. Ensure all of them are involved from the beginning of the product specifications and partnering with you for the success of your product. The tech industry has been going through phases of evolution rapidly in the past few decades and every few years there is a technology that is revolutionizing how we think about solving various problems. Within the last decade, machine learning and artificial intelligence have seen their all-time high with almost every product either claiming or wanting to move in the direction of using ML/AI.