Andrew Garfield thanked the LGBTQ community in his Tony acceptance speech. Here's what he had to say backstage

"It is the profound privilege of my life to play Prior Walter in'Angels in America' because he represents the purest spirit of humanity and especially that of the LGBTQ community," Garfield said in his speech. "It is that spirit that says no to oppression, it is a spirit that says no to bigotry, no to shame, no to exclusion. It is a spirit that says we were all made perfectly and we all belong. So I dedicate this award to the countless LGBTQ who have fought and died to protect that spirit. To protect that message for the right to live and love as we are created to.

Backstage with Frances McDormand and the SAG Award-winning cast of 'Three Billboards Outside Ebbing, Missouri' 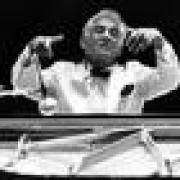 Ukraine's Jamala has won this year's Eurovision Song Contest, held in Stockholm, Sweden. As usual the show was a colourful and glamorous spectacular, but what went on behind the scenes?

Some Victoria's Secret models have been slammed for allegedly uttering the n-word while singing along to Cardi B's "Bodak Yellow." In a video posted by a Twitter account called Pop Crave on Tuesday, the clip shows models singing backstage at the fashion show, which took place in Shanghai this year. Most of the models in the video appear to be white, and sing along to the lyric in Cardi B's song, which goes: "I don't wanna choose / And I'm quick, cut a ni**a hustle / Don't get comfortable." Naturally, people were less that forgiving to what they had just seen in the video, including perhaps Cardi B, who retweeted the video. That n-word was too loud and clear for there only to be one black girl in this room https://t.co/BoY9xcyWUL

Backstage with the winners of the IGF and GDC Awards

The Independent Games Festival and Game Developers Choice Awards are the highlight of GDC week. This time around, Her Story took home the IGF's 30,000 Seumas McNally Grand Prize, and The Witcher 3 nabbed the coveted Game of the Year prize during the GDC Awards. Other winners across a range of categories include Undertale, Ori and the Blind Forest, Rocket League and Life is Strange. Nine members of the Girls Make Games program, which offers summer camps designed to encourage young women to break into game creation, walked away with the ID@Xbox Rising Star award for their project, The Hole Story. We spoke with some of the big winners on-camera directly after they received their awards, and they had plenty to say (and celebrate).