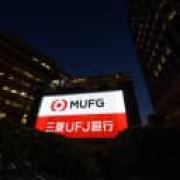 BERLIN - Germany is ready to cooperate with Japan on promoting free trade and reforming the World Trade Organization, Germany's economic minister, Peter Altmaier, said in a recent written interview with Jiji Press. Altmaier made the statement in the lead-up to a Group of 20 ministerial meeting on trade and digital economy in the city of Tsukuba, Ibaraki Prefecture, which will take place early next month. In the interview, Altmaier stressed that Japan is a close partner with his country. He said that as free trade benefits all countries, Germany will make every effort to lower trade tariffs and strengthen the WTO. Japan and the European Union have sent a message against protectionism by concluding an economic partnership agreement, the minister noted.

Germany's Altmaier Wants Europe to Be Less Dependent on Other Countries

"The current crisis shows that we have to avoid one-sided dependency and diversify international supply chains to a greater extent," Altmaier said, adding that Europe had to become less dependent on non-European suppliers of medical precursors as well as medical protection gear such as masks.

If It's America First, Then Europe Will Respond in Kind, Altmaier Says

In an interview with ARD television, Altmaier attributed the United States's desire to block the building of a new pipeline linking Russia and Germany under the Baltic Sea to its need to secure markets for its own liquid natural gas (LNG) exports.

Djokovic cruises into fourth round after Altmaier stuns Berrettini

World number one Novak Djokovic puts in another assured performance to beat Daniel Elahi Galan and reach the French Open fourth round.

German caretaker government will hold back on EU issues