Who's to Blame When Algorithms Discriminate?

By raising the bar for such claims, the new rule would make it harder to hold banks accountable if their underwriting algorithms repeatedly deny mortgages to seemingly qualified black families, or if city zoning laws that make no mention of race still have the effect of racially segregating neighborhoods. Housing discrimination today is largely a matter of such cases: ones where there is no racist actor, no paper trail of intent to discriminate, but where troubling disparities emerge between different classes of people. The long-expected move by the Trump administration to tighten disparate impact claims is part of a larger legal battle that extends beyond housing. Industry groups and conservative legal advocates have long warned that any landlord, company or city official could be accused of discrimination simply if data shows racial patterns that exist for reasons beyond their control. "Something has gone badly awry when a city can't even make slumlords kill rats without fear of a lawsuit," Justice Samuel A. Alito Jr. wrote in a dissenting opinion to a 2015 Supreme Court decision upholding disparate impact claims under the Fair Housing Act.

With 220 languages spoken in California, courts face an interpreter shortage 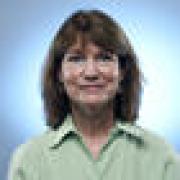 Federal law enforcement began investigating California's courts seven years ago after receiving complaints that two Korean-speaking women in Los Angeles had been denied court interpreters. Courts in other states also were examined and faulted. Along with California, they began working to comply with U.S civil rights law, which bars discrimination based on national origin. Failure to act meant the possible loss of federal money. But nowhere has the task been so challenging as in California, the most linguistically diverse state in the nation.

US appeals court says Tinder Plus pricing is discriminatory

They say all's fair in love and war, but those that have used Tinder will probably disagree. And that includes Allan Candelore, a man suing the dating app over the pricing of its premium service, Tinder Plus. Candelore and his lawyers argue that charging $9.99 a month to users under 30, and $19.99 a month to those over 30, is age discrimination, and violates two California laws: the Unruh Civil Rights Act and the Unfair Competition Law.

Uber Technologies scrambled on Monday to counter the sexism charges raised by a former employee, and said it would appoint former U.S. Attorney General Eric Holder to the panel that would investigate allegations by the engineer that the company mishandled her complaint of sexual harassment. The company, which did not release diversity data when asked by civil rights leader Rev. Jesse Jackson, also said Monday that 15.1 percent of its employees in engineering, product management, and scientist roles are women and this has not changed substantively in the last year. In an email to employees that was also circulated to media, Uber CEO Travis Kalanick wrote that he and Liane Hornsey, chief human resources officer, will be working to publish a broader diversity report for Uber in the coming months. In her blog post, the engineer, Susan J. Fowler, has said that there had been an exodus of women in the group she worked in because of the discrimination against women and politics in the upper management, resulting in women constituting 3 percent of the 150 site reliability engineers at the time of her quitting her job in December last year from 25 percent in November 2015 when she joined Uber. Holder and his partner Tammy Albarran at the law firm Covington & Burling will be joined by Arianna Huffington, who sits on Uber's board, Hornsey, and Angela Padilla, the company's associate general counsel for an "independent review into the specific issues relating to the work place environment" raised by Fowler, Kalanick wrote.

Earlier this year, Susan Fowler sparked an uproar in the technology industry with allegations of sexual harassment and gender discrimination at Uber. An internal investigation led to more than 200 employee complaints and at least 20 terminations. But Fowler may not be able to sue Uber in court. When she joined the ridesharing company, Uber required her to resolve any disputes through private arbitration and waive her right to participate in a class action. Fowler, and Uber executives, will be among those watching closely Monday when the Supreme Court hears arguments on whether contract provisions such as Fowler's are enforceable.