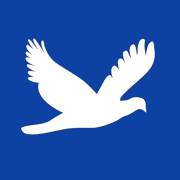 It's hoped that the combination of SigOpt's AI scaling software and Intel's hardware will give Intel competitive advantages in emerging tech. San Francisco's SigOpt is being acquired by Intel for an undisclosed sum. SigOpt's platform enables the optimisation of artificial intelligence (AI) software models at scale. Its present customer base includes Fortune 500 companies across different industries, as well as leading research institutions, universities and consortiums. With this acquisition, Intel plans to use SigOpt's software across its own AI hardware products to accelerate and grow its AI offerings to developers.

Intel has been doubling down on building chips and related architecture for the next generation of computing, and today it announced an acquisition that will bolster its expertise and work specifically in one area of future technology: artificial intelligence. The semiconductor giant today announced that it has acquired SigOpt, a startup out of San Francisco that has built an optimization platform that can be used to run modeling and simulations (two key applications of AI tech) in a better way. Anthony described SigOpt as a startup built to "optimize everything" when we covered its Series A, but Intel specifically will be integrating the tech into its AI business, specifically into its AI Analytics Toolkit, a spokesperson tells me. Terms of the deal were not disclosed, but SigOpt already counted a number of large enterprises -- "SigOpt's customer base includes Fortune 500 companies across industries, as well as leading research institutions, universities and consortiums using its products" -- among its customers. The product was still in a closed beta, however.

As teams apply optimization earlier and more frequently in the modeling process, they develop high-performing models at a faster pace. This virtuous cycle increases the number of models that make it into production, which amplifies the impact of these models on the business. At the Deep Learning Summit in San Francisco, SigOpt will be showcasing their model optimization software and how they automate model tuning to accelerate the model development process and amplify the impact of models in production at scale. We spoke to Nick Payton, B2B Marketing Lead at SigOpt to learn more. SigOpt's mission is to empower experts.

Intel has reportedly acquired Israeli data science startup Cnvrg.io in a bid to strengthen its artificial intelligence (AI) and machine learning credentials. In a statement given to TechCrunch, Intel confirmed the deal and said in a short statement that "Cnvrg will be an independent Intel company and will continue to serve its existing and future customers". The company did not disclose any terms of the deal. Cnvrg.io was started in 2016 and runs a data science platform aimed at helping enterprises to manage and build up AI efforts. It claims that it is a pioneer in building cutting-edge machine learning development solutions to help customers rapidly build machine learning models. The platform offers paid and free tiers and works in on-premise, cloud and hybrid environments.