My First Ninety Days As A Public CEO

Despite the dearth of technology IPOs this year, the pendulum is likely to swing the other way and public offerings will become more plentiful in 2017. When that does occur, many CEOs will revitalize their long-held dreams to take a company public. In July of this year, I realized that dream myself when I led Talend, a 10-year-old cloud and big data integration company, through its public offering. Despite the less than robust IPO climate, we had a very successful offering, in part because we have a balanced approach to growth and because we address the increasing demand for solutions in the white-hot big data and cloud integration space. Taking a company public has been a goal since I was a teenager, and along the way I've discussed what might lie ahead with mentors and colleagues, hoping to prepare myself for the changes that come with transitioning from private to public CEO.

Knowing That, Knowing What, and Public Communication: Public Announcement Logic with Kv Operators

In his seminal work [Plaza, 1989], Plaza proposed the public announcement logic (PAL), which is considered as the pilot logic in the field of dynamic epistemic logic. In the same paper, Plaza also introduced an interesting “know-value” operator Kv and listed a few valid formulas of PAL+Kv. However, it is unknown that whether these formulas, on top of the axioms for PAL, completely axiomatize PAL+Kv. In this paper, we first give a negative answer to this open problem. Moreover, we generalize the Kv operator and show that in the setting of PAL, replacing the Kv operator with its generalized version does not increase the expressive power of the resulting logic. This suggests that we can simply use the more flexible generalization instead of the original PAL+Kv. As the main result, we give a complete proof system for PAL plus the generalized operator based on a complete axiomatization of epistemic logic with the same operator in the single-agent setting.

The state ombudsman's investigation into Alaska's Division of Public Assistance has found that the agency is swamped with applications and has failed to meet state and federal mandates for processing them in a timely manner. 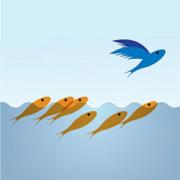 Science and technology have progressed exponentially, making it possible for humans to live longer, healthier, more creative lives. The explosion of Internet and mobile phone technologies have increased trade, literacy, and mobility.11 At the same time, life expectancy for the poor has not increased and is declining.9 As science fiction writer William Gibson famously quipped, the future is here, but unevenly distributed. With urgent problems from inequality to climate change, we must train more passionate and innovative people--what I call public entrepreneurs--to learn how to leverage new technology to tackle public problems.