Joshua Zamora is a Premium Seller with JVZoo and has a well-established affiliate marketing career. Born and raised in Miami, Florida he is the creator of several products and an affiliate for many more. In today's interview, you'll learn how the simple act of flipping channels on the TV planted the seed that led to Joshua Zamora's online success.

With 2017 coming to a close, Facebook has started rolling out its annual "Year In Review" feature to give its two billion users a look back at the highlights over the last 365 days. 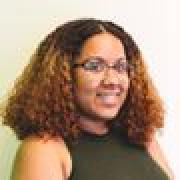 Facebook just proved to us yet again why 2017 was the worst.

The banning of video game Disco Elysium from sale in Australia has renewed calls for the Australian government to overhaul the classification system to move away from the "moral panic" associated with video games. On Friday afternoon, the Australian classification board announced Disco Elysium – The Final Cut was refused classification on the grounds the game was found to "depict, express or otherwise deal with matters of sex, drug misuse or addiction, crime, cruelty, violence or revolting or abhorrent phenomena" in a way that offended "against the standards of morality, decency and propriety generally accepted by reasonable adults". It ruled the game should not be classified. The post-war murder mystery role-playing game has won over a dozen industry awards since its release in 2019. The game has been available in Australia for two years through the Steam online games store, but the game's developers, ZA/UM planned to launch the game on consoles this month, meaning before it could be sold in stores in Australia, it had to go to the classification board for review.

Football is a hilariously complicated sport. The NFL rulebook is seemingly made of sand, and even the most simple plays are dressed in a rickety scaffolding of conditional guidelines and amendments. Last year, no one knew what a catch was. This season, the league can't seem to get roughing the passer straight. In an attempt to address this, the league re-litigates a selection of close calls each week and posts a short, explanatory video about it to Twitter.