The mayor of Paris, Anne Hidalgo, has already announced plans to remove all diesel cars from the roads of the French capital by 2024. Today, the Evening Standard reports that Parisian authorities announced plans to ban all combustion-engine cars, including those powered by gasoline, from the city's roads by the year 2030. Christophe Najdovski, one of Paris's transportation officials, told the radio station France Info, "Transport is one of the main greenhouse gas producers . . . Paris is just the latest place to move forward on restricting vehicles powered by fossil fuels. Oxford may start banning some gas and diesel cars as soon as 2020.

France bans fracking and oil extraction in all of its territories

France's parliament has passed into law a ban on producing oil and gas by 2040, a largely symbolic gesture as the country is 99% dependent on hydrocarbon imports.

This is the world's first solar-powered road

A small village in France is hosting the world's first the solar-powered road called Wattway. Wattway was constructed by French civil engineering firm Colas and was funded by the French government. It cost a whopping $5.33 million. The solar-powered road is designed to produce enough energy to power the village street lights and cater to its 3,400 residents. 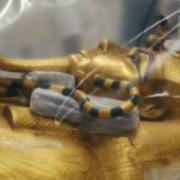 SANGATTE, FRANCE – French inventor Franky Zapata on Sunday succeeded in crossing the English Channel on a jet-powered hoverboard he designed, after a previous ended with him falling into the sea. Standing on a platform powered by five small jet engines and carrying kerosene in a backpack, Zapata took off from Sangatte, just outside Calais in France, trailed by three helicopters. He reached Britain just over 20 minutes later, waving to onlookers before landing safely in St. Margaret's Bay, close to Dover on Britain's southern coast, according to French television images. "For the last 5 to 6 kilometers I just really enjoyed it," Zapata told reporters on arrival. "Whether this is a historic event or not, I'm not the one to decide that -- time will tell."

The team that Gulbranson, along with his colleague John Isbelle and the University of Kansas's Rudolf Serbit, put together has diverse skillsets. There's Park University biology professor Patricia Ryberg, who studies the anatomy and morphology of paleobotany, or fossilized plants. There's also Brian Atkinson, a postdoctoral researcher at the University of Kansas who focuses on seed plants from the Cretaceous period, which is after the Permian. Whereas Ryberg had been on three Antarctic expeditions with Gulbranson, Atkinson had never been to Antarctica before. In fact, this was the second time he had camped out in his life.