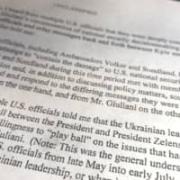 GRENOBLE, FRANCE – The French tetraplegic man who has been able to walk again using a pioneering four-limb robotic system, or exoskeleton, said walking was a major feat for him after being immobile for years. The French scientists behind the system, which was publicly unveiled last week, use a system of sensors implanted near the brain that send signals to the robotic system, moving the patient's legs and arms. Speaking to media on Monday in the French city of Grenoble, the 28-year-old patient, who was identified only by his first name, Thibault, said he had to re-educate to use his brain when he started to try the whole-body exoskeleton. "As I hadn't moved for two years I had to re-learn to use my brain," he said. "At the beginning, walking was very difficult. Now I can stand up for two hours in the exoskeleton and I can do walking cycles for a very long time," he also said.

Exoskeletons were developed for medical and military use. But as workers age, sales of exoskeletons for industry are forecast to rise to $1.76 billion in 2028 from $67.29 million this year, according Rian Whitton, an analyst at technology market intelligence firm ABI Research.

China's working on the next generation of military exoskeleton. Here's what it can do.

China's push to develop powered exoskeletons has implications for almost every area of combat operations. If the plans prove successful, Chinese infantry and special operators could not only carry heavier equipment for longer distances, but also attach body armor to individuals. None of which can fly like Iron Man.

Prediction: You'll see a whole bunch of people wearing robots at work in 2018

It's been a long, rocky road for powered robotic exoskeletons ... most of which are still incapable of walking down long and rocky roads.

A mind-controlled exoskeleton helped a man with paralysis walk again

A paralysed man has been able to walk again using an exoskeleton suit he controls with his mind. Although it doesn't yet let him walk independently – the suit is suspended from an overhead harness to stop him from falling – the advance represents the first steps down the road to this goal. "This is really groundbreaking," says Ravi Vaidyanathan of Imperial College London, who wasn't involved in the work. The implanted brain sensors also let the man, who broke his neck in a fall four years ago, move the arms and hands of the exoskeleton. Several groups are working on ways to let people with spinal cord injuries regain control over their bodies by reading their thoughts.