The UK government has confirmed that it still plans to create an independent £800 million "blue skies" research agency as soon as possible, despite the architect of the scheme resigning. Details of the leadership and funding model of a delayed body modelled on the US Defense Advanced Research Projects Agency (DARPA, previously known as ARPA) will come in "due course", says the government. Sources suggest that it could be launched before the summer.

Thousands protest racism and police violence around the globe in solidarity with U.S.

Seeking justice for George Floyd has expanded beyond the U.S. with thousands hitting the streets around the globe this weekend in protest against racism and police brutality, and in solidarity with the Black Lives Matter movement. Turning up to protests in the UK, New Zealand, Canada, and Germany over the weekend, thousands of people gathered in capital cities to demonstrate. Many held signs reading "Justice for George Floyd," and the words "I can't breathe," which were said repeatedly by Floyd, a 46-year-old black man, who died on May 25 after a white Minneapolis police officer, Derek Chauvin, pressed his knee against Floyd's neck for 8 minutes and 46 seconds. Chauvin has been arrested and charged with murder. Protests have taken place in at least 140 cities across the U.S. in the week since Floyd's death.

If tech CEOs were Founding Fathers, here's who they'd be

It's time to celebrate America. What better way to cheers to the old white men who created America than to honor the middle-aged white men who still control it? Of course, in America today, some of our politicians don't command much reverence or respect. SEE ALSO: 12 Weirdest Things That Look Like U.S. Presidents In few other industries does the cult of personality function so strong as in the technology world. Here we find the digital world's founding fathers -- and rest assured, it's a list that comes complete with entitled attitude and problematic relationships with minorities and all.

All the wittiest signs from the UK protests against Trump 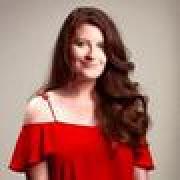 Thousands have gathered in central London for anti-Trump rallies to protest his official visit to the UK. True to British form, the signs captured the acerbic wit of this great nation. SEE ALSO: Giant Trump Baby blimp flies over London and it's making Donald feel'unwelcome' On 12 July, the day of Trump's arrival, demonstrators gathered outside Winfield House, the London residence of US Ambassador Woody Johnson, where POTUS and FLOTUS spent the night. On 13 July, a giant blimp of Donald Trump dressed in nothing but a nappy hovered ominously over parliament and rallies took place across the capital. Protestors marched through Oxford Circus and Regent Street in one of the biggest rallies.

Police officer Justin Billa was fatally shot on Tuesday during a standoff with the "person of interest," identified as Robert Hollie, in an alleged murder of an Alabama woman. The victim of the case, Fonda Poellnitz, was found dead in the middle of the West Ridge Road in Mobile.