More than six years after the nuclear disaster at Japan's Fukushima Daiichi power plant, workers finally discovered the location of melted uranium fuel rods inside of one of the reactors. The rods melted during the 2011 disaster, making it near-impossible to determine where the liquefied material ended up.

TOKYO – Images captured by an underwater robot showed massive deposits believed to be melted nuclear fuel covering the floor of a damaged reactor at Japan's crippled Fukushima nuclear plant. The robot found large amounts of solidified lava-like rocks and lumps in layers as thick as 3 feet on the bottom inside of a main structure called the pedestal that sits underneath the core inside the primary containment vessel of Fukushima's Unit 3 reactor, said the plant's operator, Tokyo Electric Power Co. On Friday, the robot spotted suspected debris of melted fuel for the first time since the 2011 earthquake and tsunami caused multiple meltdowns and destroyed the plant. The three-day probe of Unit 3 ended Saturday. Locating and analyzing the fuel debris and damage in each of the plant's three wrecked reactors is crucial for decommissioning the plant. The search for melted fuel in the two other reactors has so far been unsuccessful because of damage and extremely high radiation levels. 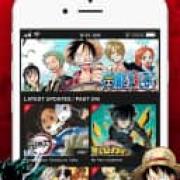 YOKOHAMA - Toshiba Corp. unveiled a remote-controlled robot with tongs on Monday that it hopes will be able to probe the inside of one of the three damaged reactors at Japan's tsunami-hit Fukushima nuclear plant and grip chunks of highly radioactive melted fuel. The device is designed to slide down an extendable 11-meter (36-foot) long pipe and touch melted fuel inside reactor 2's primary containment vessel. The reactor was built by Toshiba and GE. An earlier probe carrying a camera captured images of pieces of melted fuel in the reactor last year, and robotic probes in the two other reactors have detected traces of damaged fuel, but the exact location, contents and other details remain largely unknown. Toshiba's energy systems unit said experiments with the new probe planned in February are key to determining the proper equipment and technologies needed to remove the fuel debris, the most challenging part of the decommissioning process expected to take decades.

Removal of Fuel in Pool at Fukushima's Melted Reactor Begins

The operator of the wrecked Fukushima nuclear plant has begun removing fuel from a cooling pool at one of three reactors that melted down in the 2011 disaster _ a milestone in the decades-long decommissioning of the plant.