8 of the best drones for beginners 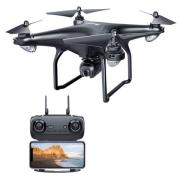 Everyone starts off as a beginner. Even someone like Roger Federer was a beginner at one time, and look how far he got. Maybe you'll be the Federer of droning one day. But for now, you have to start somewhere. No matter what your field of interest, whether that's photography or racing, we have found a drone that's perfect for you.

New rules governing the operation of drones, or unmanned aerial systems (UAS) as they are formally called, in United States airspace came into effect Monday. Called Small UAS Rule (Part 107), they were finalized by the Federal Aviation Administration (FAA) in June and cover operating rules for drones as well as regulations for their pilots, and apply to drones flown for both business and pleasure. Drones have been flying around even before Part 107 came into effect, with about 3,000 exemptions already handed out to businesses, but the new rules simplify the process of flying UAS legally. If your UAS weighs under 0.55 pounds or if you are flying it indoors only, you don't require any registration. If your drone is under 55 pounds in weight and you don't fly it at night or above 400 feet and you always keep it within line of sight, you have it simple.

U.S. drone sales in 2017 topped $1 billion for the first time ever, but don't raise a glass too quickly if you're in New Jersey, where lawmakers on Thursday are poised to outlaw drunken droning.

In late 2015, mandatory drone registration went into effect in the United States. Since then, anyone who wants to fly a drone (or model aircraft) weighing over 0.55 pounds (0.25 kilograms) must register with the U.S. Federal Aviation Administration to receive a unique identification number. This number needs to be placed on the drone, but there is no requirements for it to broadcast signals to allow for remote identification. That might change in the future. The FAA Extension, Safety, and Security Act of 2016 required the FAA administrator to "convene industry stakeholders to facilitate the development of consensus standards for remotely identifying operators and owners of unmanned aircraft systems and associated unmanned aircraft." 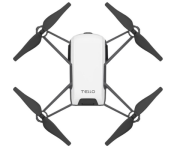 So your kid wants a drone. That's not surprising: They've been a hot holiday gift for a few years running, and more options than ever are explicitly marketed toward the younger set. Still, there are a lot of drones out there, and it can be hard to tell not only which are actually good, but also which are safe, sturdy, and beginner-friendly enough for children. Your young pilot will probably crash this thing a few times, after all -- in a lot of cases (though not all!), a low-cost toy drone is your best bet. When it comes right down to it, the best drones for kids are ones that will be relatively easy to fly and can take a beating.