Three gold supercars parked in London's Knightsbridge have been given parking tickets. The Lamborghini Aventador, Mercedes G63 6x6 and Bentley Flying Spur, were parked with a gold Rolls Royce in Cadogan Place near the Jumeirah Carlton Tower Hotel. There are two separate 80 penalty charge notices on the Lamborghini, and one each on the Mercedes and Bentley. The cars appear to be in pay-and-display bays and risk being towed away. The fines will be reduced to 40 each if paid within 14 days.

The sheriff who investigated said the shooter was justified under the state's "Stand Your Ground" law. A Florida sheriff says the state's "Stand Your Ground" law prevents the arrest of a man who fatally shot another man last week during an argument over a handicapped parking spot. Markeis McGlockton, 28, shoved Michael Drejka, 47, to the ground during the argument Thursday at a Clearwater convenience store and then was shot and killed when Drejka, from a sitting position, pulled out a gun he legally owned and opened fire, shooting McGlockton once in the chest. "He told deputies that he had to shoot to defend himself. Those are the facts and that's the law," Pinellas County Sheriff Bob Gualtieri said, according to WFTS-TV.

The Los Angeles County Sheriff's Department acknowledged force was used to restrain a carjacking suspect who lost consciousness and died Tuesday inside a McDonald's restaurant in East San Gabriel. The man was identified as 38-year-old Timothy Shannon McMillan, who was a transient, according to Ed Winter, spokesman of the Los Angeles County Department of Medical Examiner-Coroner. McMillan's cause of death has not been determined, and an autopsy is pending. Deputies confronted McMillan after a violent carjacking in the 8700 block of Garvey Avenue in Rosemead. In that incident, McMillan approached a parking enforcement officer as she was writing a ticket at 5:25 a.m., yelled at her and punched her in the head, the Sheriff's Department said. 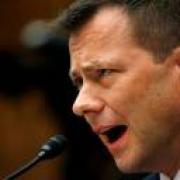 NEW YORK – A Florida man was charged with manslaughter on Monday for fatally shooting another man on July 19 during an argument over a parking spot, after police initially declined to arrest him due to the state's "stand your ground" self-defense law, officials said. Alleged shooter Michael Drejka was taken into custody on Monday, the Pinellas County Sheriff's Office said in a statement. The suspect was 47 at the time of the crime but turned 48 last week, according to the county jail. Police had initially not charged Drejka over the July 19 shooting due to the 2005 law, which grants residents the right to use deadly force if they reasonably believe they are at risk of great harm or death. The case was sent to the state attorney's office for further review.

ORLANDO, Fla. – A dispute last week over a handicapped parking space quickly escalated into a fatal shooting and now the dead man's family is outraged that the gunman has avoided arrest, seemingly protected by Florida's controversial "stand your ground" law. The family of Markeis McGlockton issued an appeal Tuesday through an attorney for the public to put pressure on State Attorney Bernie McCabe to file charges against Michael Drejka, a white man who fatally shot the black father of three last Thursday upon being pushed to the ground outside a Clearwater, Florida, convenience store. "We implore the community and the nation to contact the office of Bernie McCabe ... and demand that a decision to file charges against Michael Drejka be made," family members said in a statement. Pinellas County Sheriff Bob Gualtieri last week announced he wasn't going to arrest Drejka and turned the case over to the State Attorney's Office for a decision on charges. Drejka confronted McGlockton's girlfriend about parking in a handicapped space without a permit while she waited in a car outside a convenience store, authorities said.