SANAA – Yemeni separatists backed by the United Arab Emirates seized the area around the presidential palace in the southern city of Aden on Tuesday after fierce battles with forces loyal to the internationally backed government, security officials said.

UAE jet enables separatists to seize army base in Aden

A senior Yemeni official has told Al Jazeera that southern separatists, backed by the United Arab Emirates (UAE), seized control of a key military base in the coastal city of Aden, after a UAE fighter jet bombed the facility.

Saudi and UAE move to end stand-off in Yemen's Aden

Saudi Arabia and the UAE have called on Yemeni government fighters and southern secessionists to focus their efforts on fighting Houthi rebels, in an apparent attempt to end a standoff between the two sides in Aden.

ADEN – Yemen's government accused southern separatists of an attempted coup on Sunday after they took over its headquarters amid fierce clashes in the city of Aden.

Thousands of Yemenis rally in support of separatists in Aden 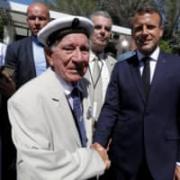 SANAA – Thousands of Yemenis rallied Thursday in the port city of Aden in support of southern separatists who seized the city from the country's internationally recognized government amid diplomatic efforts aimed at reinstating forces loyal to the Saudi-backed president. Yemeni military officials said a Saudi Arabia-United Arab Emirates commission arrived Thursday in Aden to monitor the withdrawal of separatist forces from government headquarters and military camps seized last week from President Abel Rabbo Mansour Hadi's presidential guards after four days of fighting that left more than 70 people dead, including civilians. Officials in Hadi's camp said that forces loyal to the so-called Southern Transitional Council, which represents the separatists, had withdrawn from the presidential palace. Yet, they still remain in key positions in Aden, which has served as the seat of Hadi's interim government since 2014. Officials spoke on condition of anonymity as they were not authorized to brief the media.