In recent years, machine learning has been very successful in solving a wide range of problems. In particular, neural networks have reached human, and sometimes super-human, levels of ability in tasks such as language translation, object recognition, game playing, and even driving cars. Aerospike is the global leader in next-generation, real-time NoSQL data solutions for any scale. Aerospike's patented Hybrid Memory Architecture delivers an unbreakable competitive advantage by unlocking the full potential of modern hardware, delivering previously unimaginable value from vast amounts of data at the edge, to the core and in the cloud. With this growth in capability has come a growth in complexity. Data scientists and machine learning engineers must perform feature engineering, design model architectures, and optimize hyperparameters. Since the purpose of the machine learning is to automate a task normally done by humans, naturally the next step is to automate the tasks of data scientists and engineers. This area of research is called automated machine learning, or AutoML. There have been many exciting developments in AutoML recently, and it's important to take a look at the current state of the art and learn about what's happening now and what's coming up in the future. InfoQ reached out to the following subject matter experts in the industry to discuss the current state and future trends in AutoML space. InfoQ: What is AutoML and why is it important?

A Level-wise Taxonomic Perspective on Automated Machine Learning to Date and Beyond: Challenges and Opportunities

Automated machine learning (AutoML) is essentially automating the process of applying machine learning to real-world problems. The primary goals of AutoML tools are to provide methods and processes to make Machine Learning available for non-Machine Learning experts (domain experts), to improve efficiency of Machine Learning and to accelerate research on Machine Learning. Although automation and efficiency are some of AutoML's main selling points, the process still requires a surprising level of human involvement. A number of vital steps of the machine learning pipeline, including understanding the attributes of domain-specific data, defining prediction problems, creating a suitable training data set etc. still tend to be done manually by a data scientist on an ad-hoc basis. Often, this process requires a lot of back-and-forth between the data scientist and domain experts, making the whole process more difficult and inefficient. Altogether, AutoML systems are still far from a "real automatic system". In this review article, we present a level-wise taxonomic perspective on AutoML systems to-date and beyond, i.e., we introduce a new classification system with seven levels to distinguish AutoML systems based on their level of autonomy. We first start with a discussion on how an end-to-end Machine learning pipeline actually looks like and which sub-tasks of Machine learning Pipeline has indeed been automated so far. Next, we highlight the sub-tasks which are still done manually by a data-scientist in most cases and how that limits a domain expert's access to Machine learning. Then, we introduce the novel level-based taxonomy of AutoML systems and define each level according to their scope of automation support. Finally, we provide a road-map of future research endeavor in the area of AutoML and discuss some important challenges in achieving this ambitious goal.

Amazon Gets Into the AutoML Race with AutoGluon: Some AutoML Architectures You Should Know About

A few days ago, Amazon announced the release of AutoGloun, a new toolkit that simplifies the creation of deep learning models with just a few lines of code. The release marks Amazon's entrance in the ultra-competitive Automated machine learning(AutoML) space which is becoming one of the hottest trends for enterprise machine learning platforms. With some many news around the AutoML ecosystem, sometimes it becomes hard to differentiate signal from noise. Today, I would like to explore some of the most innovative AutoML stacks in the market that don't receive that much publicity. AutoML is becoming one of the most popular topics in modern data science applications.

Breakthroughs in artificial intelligence and machine learning have been two of the most exciting topics of the last two decades. Extensive research and hard work are necessary for machine learning and data science engineers to understand and run their models effectively. While 8 steps may not seem like much when building a machine learning model, a single step from the ones above will take quite some time to perfect! The problem is exacerbated when non-expert machine learning practitioners go through these steps for the first time; the process will usually require more time and resources to complete, and even then the final result may not be as expected. AutoML comes in handy by automating the big chunk of the model creation process for both experts and non-experts alike. 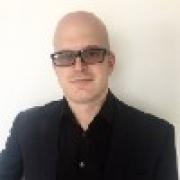 Automated machine learning(AutoML) is becoming one of the most popular topics in modern data science applications. Often, people see AutoML as a mechanism to use out-of-the-box machine learning models without the need of sophisticated data science knowledge. While theoretically, this argument makes sense the reality if a bit different. In the current stage of artificial intelligence(AI), most real world applications require some level of machine learning knowledge. The scenarios that you can solve with a vanilla API like the Watson Developer Cloud or Microsoft Cognitive Services are very basic and represent only a small percentage of the broader spectrum of machine learning scenarios.