Apple is about to reveal what it's been working on all year. The long-anticipated pre-holiday media event will unfold in San Francisco, California at 10am PT and 1pm ET today. The company is expected to announce the new iPhone, landing with a new A10 processor, a new headphone and charging port, larger storage tiers, and perhaps even some level of water resistance. We'll likely learn the release date of Apple's new iPhone software, iOS 10. And, if the rumors are to be believed, the company may also reveal a new Apple Watch.

Apple is holding it's annual developer conference on Monday, where the company is expected to reveal the latest and greatest in software and technologies. The event, held at the Bill Graham Civic Auditorium in San Francisco, Calif., will begin at 10am PT and 1pm ET. (You can see that in your local timezone here). The company is expected to announce a revamped set of operating systems, including iOS, and a rebranded macOS, as well as new offerings in watchOS and tvOS. As ZDNet's Stephanie Condon noted in her preview, Apple may want to roll out more than just some minor upgrades. It's hoped that the company nay have a new approach to artificial intelligence and big data, or embrace communal devices.

Apple bundles services with Apple One, unveils Apple Fitness Plus

Apple on Tuesday announced that it's bundling its growing list services, including iCloud and Apple Music into one package with one price tag. It also added Apple Fitness Plus to its list of services, an offering that's sure to create some stiff competition for digital workout companies like Peloton and ClassPass. The new bundle of services is called Apple One. The "individual plan" includes Apple Music, Apple TV Plus, Apple Arcade, and 50GB of iCloud storage for $14.95 per month. The "family plan" extends access to these services to up to six family members for $19.95 per month. 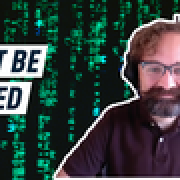 Apple is expected to reveal its new Apple Watch and iPad during its September event on Tuesday. Viewers can tune in on Apple's website for the livestream at 1 p.m. ET/10 a.m. Sadly, the iPhone 12 reportedly won't be unveiled until October. The official rollout of iPadOS 14 and iOS 14, with redesigned widgets, handwriting recognition, and more. It's possible that Apple may also give us the new MacOS, known as Big Sur.

Come on Down to Bad Apples Farm

It's finally fall, and that means apple-picking season! So why not pay a visit to Bad Apples Farm? We're open 24/7/365, depending on who you are. Bad Apples Farm is a three-hundred-acre family-operated farm that is keen on tradition. We are situated in a part of New York where you're, like, "Wow, this is a lot of white people," and, "Was that a Confederate flag?"