Over the weekend, a giant tank of radioactive sludge in Hanford, Washington, sprung a new leak. It wasn't the first time, and it likely won't be the last. Hanford is home to 177 of these decade-old tanks, and workers have been scrambling to shuffle nuclear waste from tank to tank as they become leaky with age. This, ladies and gentlemen, is the current plan for dealing with the US's dangerous high-level radioactive waste. This was not Plan A, of course.

For some, the world is becoming increasingly complicated in that there are ever greater responsibilities, from selecting health insurance to figuring out how much to save for retirement. Ten years ago, my friend (and Harvard law professor) Cass Sunstein and I published a book called Nudge: Improving Decisions About Health, Wealth, and Happiness that offered a simple idea. By improving the environment in which people choose--what we call the "choice architecture"--they can make wiser choices without restricting any options. The Global Positioning System (GPS) technology on smartphones is an example. You decide where you want to go, the app offers possible routes, and you are free to decline the advice if you decide to take a detour.

The price tag for cleaning up nuclear waste at Hanford site just went up another $4.5 billion 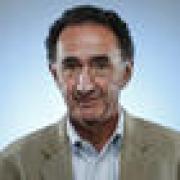 The U.S. Energy Department said Friday that its long-troubled attempt to build a plant to process highly radioactive sludge at a former nuclear weapons site in central Washington state will cost an additional $4.5 billion, raising the project's price tag to $16.8 billion. The Hanford treatment plant, a small industrial city with some two dozen facilities on a desert plateau along the Columbia River, is more than a decade behind schedule and will cost nearly four times the original estimate made in 2000. The government aims to transform 56 million gallons of deadly sludge stored in leaky underground tanks into solid glass, which theoretically could then be stored safely for thousands of years. But the effort has involved an extended history of errors, miscalculations and wrongdoing. The result has been a massive, partially built concrete facility that has been under a stop-work order for three years because of serious technical doubts. 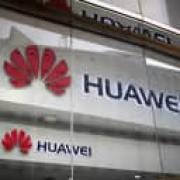 RIMINI, MONTANA - Every day many millions of gallons of water loaded with arsenic, lead and other toxic metals flow from some of the most contaminated mining sites in the U.S. and into surrounding streams and ponds without being treated, The Associated Press has found. That torrent is poisoning aquatic life and tainting drinking water sources in Montana, California, Colorado, Oklahoma and at least five other states. The pollution is a legacy of how the mining industry was allowed to operate in the U.S. for more than a century. Companies that built mines for silver, lead, gold and other "hardrock" minerals could move on once they were no longer profitable, leaving behind tainted water that still leaks out of the mines or is cleaned up at taxpayer expense. Using data from public records requests and independent researchers, AP examined 43 mining sites under federal oversight, some containing dozens or even hundreds of individual mines. 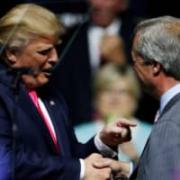 BRASILIA – With mystery oil slicks still moving down Brazil's coast, the Brazilian Navy sent more ships on Thursday to try to prevent the pollution of unique coral reefs of the Abrolhos Archipelago marine park, a haven of South Atlantic Ocean biodiversity. Marine biologists warn that the thick sludge of crude oil that has washed up along 2,500 km (1,553 miles) of northeastern beaches for the last two months would have a devastating impact on the five small islands of Abrolhos. The navy, which deployed two frigates to join a task force of 10ships, said oil came ashore on Thursday at Belmonte in Bahia state, just 235 km north of the archipelago. "It would be a bigger environmental disaster that what we have seen so far on the beaches," said Yara Novelli, professor at the University of Sao Paulo's Oceanography Institute. "Abrolhos is one of the hot spots of the South Atlantic, with an incredible biodiversity and species of coral that only exist there," she said by telephone.