Everything Sony Told Us About the Future of PlayStation

Pull your gaze from Nintendo's bedazzling Switch for a moment and consider Sony's now widespread PlayStation 4. Console sales have in general outperformed the most buoyant analyst and pundit prognostications. Sony's PlayStation 4 is having some belt-notching moments of its own. Sony now says its flagship games platform has sold-through--meaning to buyers and not just stores--close to 60 million units worldwide since its launch in November 2013. That, according to Sony global game development boss Shawn Layden, is the fastest pace set by any PlayStation, life-to-date, including the all-time industry record holder PlayStation 2. "As you'll recall, last year we performed the daredevil stunt of launching three new pieces of hardware in 60 days. Probably won't do that again," quips Layden during a sit-down with TIME.

Neo, aka the PlayStation 4.5, definitely exists. After the information leaked months earlier, Sony's Andrew House told the Financial Times that the console would eventually launch with the PS4 still in stores. The new hardware is "intended to sit alongside and complement the standard PS4." He also warned that it wouldn't be on display at E3. The Neo will obviously be more powerful than the existing PlayStation, outputting games and video at 4K (if you have the television for it).

Some of the new games released this year truly pushed the boundaries of what we can expect from the gaming industry. Mind-blowing graphics, intense gameplay, and stunning soundtracks seem to be becoming the norm. It's a great time to be a gamer, but sometimes you just need a quick hit of nostalgia. Sony has now released the PlayStation Classic console preloaded with 20 of the best PlayStation games, including Final Fantasy VII, Grand Theft Auto, Resident Evil, Tekken 3 and Tom Clancy's Rainbow Six. This new release is a miniature recreation of the original PlayStation console and includes a HDMI cable to connect directly to a TV and two wired controllers meaning you can settle old scores with your friends.

Playstation 5 event: Sony to show 'future of gaming' on 4 June 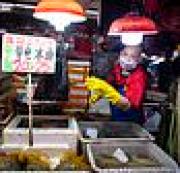 Sony is picking up the pace on unveiling details about the next-generation PlayStation 5. The company officially announced that it will hold an event revealing major game titles next week, offering a'first look at the games you'll be playing after PlayStation 5 launches this holiday.' The event will take place digitally on Thursday June 4 at 4pm ET in the US and will run for a little more than an hour according to Sony. 'The games coming to PS5 represent the best in the industry from innovative studios that span the globe. Studios, both larger and smaller, those newer and those more established, all have been hard at work developing games that will showcase the potential of the hardware,' said CEO of Sony Interactive Entertainment Jim Ryan.