Samsung is set to take on Apple, Google and Amazon with a new home speaker using its Bixby AI.

Samsung confirms it is developing a smart speaker

Samsung has confirmed the firm will'soon' release a smart speaker designed to take on Amazon's Echo, Google's Home and Apple's HomePod. DJ Koh, the president of Samsung's mobile division, told CNBC a smart speaker was on the way. 'Maybe soon we will announce it. I am already working on it,' Koh said. 'As I mentioned I wanted to provide a fruitful user experience at home with Samsung devices, and I want to be moving quite heavily on it,' he added. 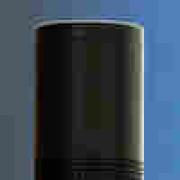 How smart speakers stole the show from smartphones

The battle now raging between the big technology companies for consumer cash is focused on the voice-controlled smart speaker. Having already conquered the pocket with the ubiquitous smartphone, big tech has been struggling to come up with the next must-have gadget that will open up a potentially lucrative new market – the home. A pilot light was lit when Amazon's Echo launched in 2014 and became a sleeper hit. Now the voice controlled smart speaker is rapidly becoming the next big thing, capable of answering questions, setting timers, playing music, controlling other devices about the home, or even potentially selling products. "The last 12 months have been explosive for smart speakers, which have surged into the mass market for two reasons.