Robots in factories have historically been unwieldy, dangerous, and confined to large industrial settings. But now, smaller collaborative robots are overcoming traditional challenges in the robotics industry. They're paving the way for robot technology that gets us much closer to our Jetsons-like future. When George C. Devol, inventor of the automatic garage door opener, pitched his programmable Unimate arm, he was initially met with skepticism. However, "the robot had one advantage immediately," said Devol. "And that is that a robot can work three shifts, or 24 hours a day." Get the free data-driven report to see how robots are revolutionizing factories and manufacturing. 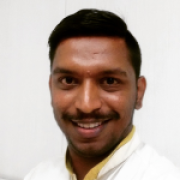 The advent of robotics has been a boon for the industrial sector and new innovations have been offering improved efficiency, less downtime, and better products. From implementing robots for mundane tasks to enhancing precision of existing tasks, industrial robotics has come a long way. The advancements in technologies have enabled manufacturers to utilize robots that are lightweight, perform multiple tasks, and improve efficiency. Moreover, they have been aiming for safety, reliability, and improved environment for workers. Emerging technologies such as artificial intelligence, machine learning, and others have been incorporated in robots for mimicking human intelligence and facilitating some of the tasks of humans.

General Motors' implementation of flexible robotic automation in Ternstedt, N.J., started U.S. manufacturing on the path to realizing a future depicted in a 1923 play by Karel Capek. In "R.U.R." (Rossum's Universal Robot), Capek's vision was for millions of mechanical workers -- robots (as derived from the Czech words for work or workers). Although U.S. robot numbers are not yet measured in millions, the industrial automatons are nonetheless playing strategic roles in U.S. manufacturing competitiveness, says Jeffrey A. Burnstein, executive vice president, Robotic Industries Association. RIA estimates that more than 171,000 robots are now at work in U.S. factories, placing the U.S. second only to Japan in overall robot use. Worldwide, there are more than a million industrial robots in operation, Burnstein notes.

At its core, machine learning studies the construction of algorithms and learns from them to make predictions on data by building models from sample inputs. If we further break it down, machine learning borrows heavily from computational statistics (prediction modeling using computers) and mathematical optimization, which provides methods, theory and application data to those models. In essence, it creates its own data models based on algorithms and then uses them to predict defined patterns within a range of data sets. Machine-learning algorithms can be broken down into five types: supervised, unsupervised, semi-supervised, active, and reinforcement, all of which act just like they sound. Supervised algorithms are programmed and implemented by humans to provide both input and output as well as furnishing feedback on predictive accuracy during training. 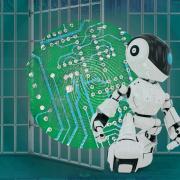 Industry has used robots for decades. They were once confined to safety cages in manufacturing facilities, programmed to perform one task perfectly, over and over again. Their purpose was to make high volumes of goods more quickly and cheaply. But advances in a number of technologies are springing robots from their cages, liberating them to work in new roles, in new industries, and with new benefits. Robots are changing far more than manufacturing--in industries ranging from retail to financial services, they are clambering onto the agendas of strategy, marketing, customer experience, and product leaders.