Is Iran just trying to provoke the U.S.? Reaction from Security Studies president Jim Hanson. An Iranian oil tanker held by British forces near Gibraltar will be released if the United Kingdom is assured the oil will not be heading to Syria, London's top diplomat said Saturday. Foreign Secretary Jeremy Hunt said on Twitter that he had a "constructive call" with his Iranian counterpart Javad Zarif, during which Hunt "reassured him [Zarif] our concern was destination not origin of the oil." A British Royal Navy patrol vessel guards the oil supertanker Grace 1. (REUTERS/Jon Nazca) Hunt added that the "U.K. would facilitate release if we received guarantees that it would not be going to Syria, following due process in Gib [Gibraltar] courts." The Iranian tanker Grace 1 was captured earlier this month on suspicion of breaking European Union sanctions, according to the BBC. 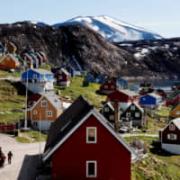 TEHRAN/WASHINGTON – The U.S. Justice Department issued a warrant Friday for the seizure of the Iranian oil supertanker Grace 1, one day after a Gibraltar judge allowed the release of the detained vessel. The Justice Department alleged the ship was part of a scheme "to unlawfully access the U.S. financial system to support illicit shipments to Syria from Iran by the Islamic Revolutionary Guard Corps," which the U.S. has designated a foreign terrorist organization. The warrant says the vessel, which remained anchored in the British Mediterranean territory late Friday, and all the oil aboard are subject to forfeiture based on violations of the International Emergency Economic Powers Act, as well as bank fraud, money laundering, and terrorism statutes. It also ordered the seizure of $995,000 in an account at an unnamed U.S. bank associated with Paradise Global Trading LLC, which it called a shell company associated with businesses which act for the Revolutionary Guards. There was no immediate word from Britain or Gibraltar over whether they would act on the warrant, as Iran said it was sending a new crew to pilot the tanker and its 2.1 million barrels of oil. 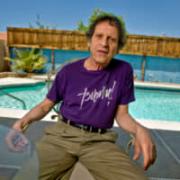 LONDON - In an audio recording released Sunday, a British naval officer insists that a British-flagged oil tanker must be allowed to sail through the Strait of Hormuz as Iranian paramilitary forces demand that the vessel change course before commandeering it. The audio, released by maritime security risk firm Dryad Global, shows how the British navy was unable to prevent the ship's seizure Friday by Iranian Revolutionary Guard forces. The seizure has prompted condemnation from the U.K. and its European allies as they continue to call for a de-escalation of tensions in the critical waterway. The free flow of traffic through the Strait of Hormuz is of international importance because one-fifth of all global crude exports pass through the narrow waterway between Iran and Oman. In the recording, an Iranian officer can be heard telling the Stena Impero to change course, saying: "You obey, you will be safe."

Trump threatens to up sanctions as Iran reportedly tries to block U.K. tanker 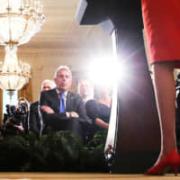 WASHINGTON/LONDON/DUBAI - U.S. President Donald Trump warned Tehran on Wednesday that sanctions would soon be "increased substantially," as armed Iranian boats reportedly attempted to block a British oil tanker in Persian Gulf waters. The British government said its navy intervened to stop Iran from preventing a commercial oil tanker from leaving the Gulf, heightening friction just as European nations scramble to salvage a landmark nuclear accord. The BP PLC-operated British Heritage, which can carry as much as 1 million barrels of oil, was attempting to pass through the Strait of Hormuz, a shipping chokepoint at the mouth of the world's largest oil-producing region, when three Iranian vessels tried to block it, according to a U.K. government statement. The incident comes after U.K. forces seized a tanker off Gibraltar earlier this month that was suspected of carrying Iranian oil to Syria. Iran denied the vessel was heading to Syria and vowed to retaliate, but the seizure opened up a wrangle that could drag on for months and complicate efforts to contain a brewing crisis over Iran's compliance with a 2015 deal meant to prevent it from developing a nuclear weapon. 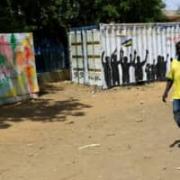 WASHINGTON - The Pentagon said Thursday it was discussing military escorts for vessels in the Gulf one day after armed Iranian boats threatened a British oil tanker. The White House's nominee to become chairman of the Joint Chiefs of Staff, Gen. Mark Milley, said Washington was attempting to put together a coalition "in terms of providing military escort, naval escort to commercial shipping." "I think that that will be developing over the next couple weeks," Milley told the Senate Armed Services Committee. Tensions in the Gulf have increased in the past few weeks, with Iran's economy in free fall following the re-imposition of US sanctions after President Donald Trump pulled out from a 2015 international agreement to curb Iran's nuclear program. The rapid chain of events further complicates Britain and other European allies' efforts to salvage the 2015 JCPOA nuclear agreement despite the U.S. withdrawal.