Amazon's online facial recognition system incorrectly matched pictures of US Congress members to mugshots of suspected criminals in a study by the American Civil Liberties Union. The ACLU, a nonprofit headquartered in New York, has called for Congress to ban cops and Feds from using any sort of computer-powered facial recognition technology due to the fact that, well, it sucks. Amazon's AI-powered Rekognition service was previously criticized by the ACLU when it revealed the web giant was aggressively marketing its face-matching tech to police in Washington County, Oregon, and Orlando, Florida. Rekognition is touted by the Bezos Bunch as, among other applications, a way to identify people in real time from surveillance camera footage or from officers' body cameras. The results from the ACLU's latest probing showed that Rekognition mistook images of 28 members of Congress for mugshots of cuffed people suspected of crimes.

Despite what you may think, face recognition surveillance isn't inevitable

Last year, communities banded together to prove that they can--and will--defend their privacy rights. As part of ACLU-led campaigns, three California cities--San Francisco, Berkeley, and Oakland--as well as three Massachusetts municipalities--Somerville, Northhampton, and Brookline--banned the government's use of face recognition from their communities. Following another ACLU effort, the state of California blocked police body cam use of the technology, forcing San Diego's police department to shutter its massive face surveillance flop. And in New York City, tenants successfully fended off their landlord's efforts to install face surveillance. Even the private sector demonstrated it had a responsibility to act in the face of the growing threat of face surveillance.

The dead can unlock iPhones, offering possible clues to a killer's plan after memories go

See how Apple's new facial recognition system works in real life. A conductive model of a finger, used to spoof a fingerprint ID system. Created by Prof. Anil Jain, a professor of computer science at Michigan State University and expert on biometric technology. SAN FRANCISCO -- Your shiny new smartphone may unlock with only your thumbprint, eye or face. The FBI is struggling to gain access to the iPhone of Texas church gunman Devin Kelley, who killed 25 people in a shooting rampage. 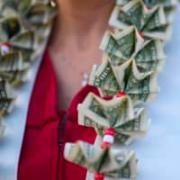 NEW YORK – A federal appeals court on Thursday rejected Facebook Inc.'s effort to undo a class action lawsuit claiming that it illegally collected and stored biometric data on millions of users without their consent. The 3-0 decision from the 9th U.S. Circuit Court of Appeals in San Francisco over Facebook's facial recognition technology exposes the company to billions of dollars in potential damages to the Illinois users who brought the case. It came as the social media company faces broad criticism from lawmakers and regulators over its privacy practices. Last month, Facebook agreed to pay a record $5 billion fine to settle a Federal Trade Commission data privacy probe. "This biometric data is so sensitive that if it is compromised, there is simply no recourse," Shawn Williams, a lawyer for plaintiffs in the class action, said in an interview.