Massimiliano "Max" Versace traces the birth date of his startup to when NASA came knocking in 2010. The U.S. space agency had caught wind of his military-funded Boston University research on making software for a brain-inspired microprocessor through an IEEE Spectrum article, and wanted to see if Versace and his colleagues could help develop a software controller for robotic rovers that could autonomously explore Mars. NASA's vision proved no easy challenge. Mars rovers have limited computing, communications, and power resources. NASA engineers wanted artificial intelligence that could rely solely on images from a low-end camera to navigate different environments.

The acquisition will bring Zementis' predictive analytics to Software AG's real-time streaming analytics platform. Software AG has acquired California-based Zementis for an undisclosed sum in a move designed to bolster its internet of things capability. Zementis offers software for'deep learning' which plays a crucial role in the development of machine learning, data science and fundamental technology that drives artificial intelligence (AI) development. According to Software AG, the advances in machine learning and AI are being applied in the next generation Internet of Things (IoT) such as self-driving cars, personal digital assistants, medical diagnosis, predictive maintenance and robotics. Software AG has already employed Adaptive Decision and Predictive Analytics (ADAPA) from Zementis into its Digital Business Platform to offer its clients with comprehensive insights for real time business analytics. 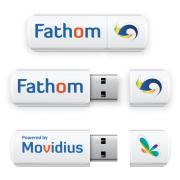 Irish chip maker Movidius has created the world's first deep learning USB stick that can add artificial intelligence (AI) to future products from self-driving cars to robots, and drones that will learn to think for themselves. Entitled the Fathom Neural Compute Stick, the device will sell for less than 100 and will allow powerful neural networks to be moved out of the cloud and deployed on new products like robots and drones. It is the latest breakthrough for the Dublin company, which has been winning major multi-million dollar deals with Google and drone maker DJI. 'With Fathom, every robot, big and small, can now have state-of-the-art vision capabilities' – DR YANN LECUN, NEW YORK UNIVERSITY "Any organisation can now add deep learning or machine intelligence to devices using the USB stick and create products that will be accessible to broader markets," Movidius co-founder David Moloney told Siliconrepublic.com. "We've already seen how the auto industry has been outflanked by Tesla and this is also starting to affect other industries.

AI might be a hot topic but you'll still need to justify those projects. When I was eight, I got lost in the woods on a camping trip with my mom. Rangers eventually found me and hiked me out, which is actually kind of miraculous. I was a couple miles from where they assumed I'd be, trudging haplessly through a remote backwoods area on unmarked terrain. Every year hundreds of thousand people get lost in the wild worldwide.

The Russian government says that its agents weren't involved in hacking 500 million Yahoo accounts after the US charged two spies two spies over a "state-sponsored" cyber attack. The Kremlin said its FSB domestic intelligence service was not involved in any unlawful activity. It appeared to suggest that no Russian intelligence agents have ever hacked anyone else. This week it emerged that the US Department of Justice would charge two Russian spies with hacking into Yahoo in one of the biggest cyber attacks in history. It said that FSB agents had paid hackers to steal people's email accounts and try and gather information about journalists and politicians.