Watch the Trailer for Auggie, in Which Richard Kind Falls for Artificial Intelligence

Auggie takes Her one step further. In the popular 2013 Spike Jonze film, the main character was a lonely man who fell in love with an artificially intelligent voice. In Auggie, the main character has a family and the artificially intelligent being has a physical form. But very similar issues arise. Co-written and directed by Matt Kane, Auggie stars legendary character actor and voice actor Richard Kind as Felix, a man who is given a very special gift at his retirement party.

"Oh My God, Julia Roberts Is Going To Be in This Movie!" 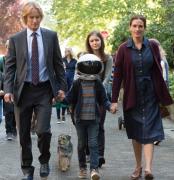 The Portmans--Nate (Owen Wilson), Via (Izabela Vidovic), and Isabel (Julia Roberts), accompany Auggie (Jacob Tremblay) to his first day of school. "Not Julia Roberts!" she says. Wonder, which has sold more than five million copies and been translated into 45 languages, follows the travails of August Pullman--a boy whose Treacher Collins syndrome makes strangers recoil--as he enters fifth grade at Beecher Prep. The movie, which opens next Friday. Parents of school-age kids can count on accompanying them to the multiplex to witness this celebration of youthful courage. 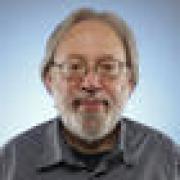 Popular mythology notwithstanding, childhood is difficult for almost everyone.

Books Made Into Movies In 2017; 8 Titles You Have To Read Before They Hit Theaters

Every reader knows that the book is better than the movie, but that isn't going to stop many from heading to the theaters. They might want to stop at the book store first, though. Plenty of book adaptations will hit the big screen in 2017, and you can prepare by adding these to your reading list before they hit theaters! "Fifty Shades Darker" -- Feb. 10 -- Ana (Dakota Johnson) and Christian (Jamie Dornan) are back in this steamy flick! The adaptation of E.L. James' second novel will show the two getting back together with a new agreement.

R.J. Palacio's 'Wonder' is an important lesson in the power of kindness

The first thing you'll notice about author R.J. Palacio is her incredible optimism.