The US markets functioned well during January's GameStop volatility, while short-selling was not the main cause of the unprecedented rise in the "meme stock" according to a long-awaited Securities and Exchange Commission (SEC) report. The report published on Monday provides a postmortem into how amateur traders using commission-free retail brokerages drove shares in GameStop and other popular meme stocks to extreme highs, squeezing hedge funds that had bet against them. Amid the intense volatility, several brokerages restricted trading in the affected stocks, curbing the rally, infuriating retail traders, sparking outrage from policymakers, and leading to a congressional hearing. Despite the extraordinary series of events, the Commission concluded that the basic plumbing of the market remained "sound," an SEC official said. A key narrative of the GameStop incident is that an army of retail traders set off an enormous short squeeze by driving up stocks that hedge funds were betting against. 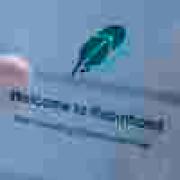 'The Game Is Rigged': How Fury Over The Great Recession Fueled The Reddit Trade 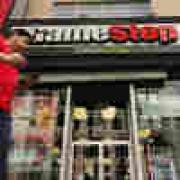 'Dumb money' is on GameStop, and it's beating Wall Street at its own game 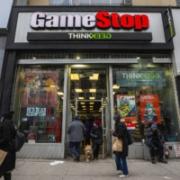 They are among the millions of amateur traders collectively taking on some of Wall Street's most sophisticated investors -- and, for the moment at least, winning. Propelled by a mix of greed and boredom, gleefully determined to teach Wall Street a lesson, and turbocharged by an endless flow of get-rich-quick hype and ideas delivered via social media, these investors have piled into trades around several companies, pushing their stock prices to stratospheric levels. Some of the names are from an earlier business era. BlackBerry's shares are up nearly 280% this year. Stock in AMC, the movie theater chain, has surged nearly 840%.

'Tucker Carlson Tonight' host responds to Wall Street frenzy over GameStop stock Last March, as the country began to panic about the arrival of the coronavirus from China, a billionaire called Bill Ackman went on television in an attempt to make America even more afraid than it already was. "Hell is coming ..." Ackman said during an appearance on CNBC. A tsunami's coming and you feel it in the air, right? The tide starts to roll out, OK? And on the beach, people are playing and having fun like there's nothing going on.