California bill curbing use of contractors would not exempt Uber, Lyft, other tech firms

California is moving to codify a sweeping court decision curbing employers' use of independent contractors, and the new law is unlikely to exempt Uber, Lyft and other app-based technology companies. The two ride-hailing giants are on the verge of going public with initial stock offerings valued at tens of billions of dollars. Both companies are losing money, and converting their California drivers, currently classified as contractors, to employees would cut into their profits. "Am I concerned about the stock price of Uber and Lyft?" said Assemblywoman Lorena Gonzalez (D-San Diego), author of Assembly Bill 5, who planned to release the legislation's new language Wednesday. It doesn't keep me up at night." The bill offers exceptions for a small group of occupations and may include more as it moves through the Legislature. But employers offering services through digital platforms won't be among them, Gonzalez added. "It's not going to happen." Classifying workers as employees requires ... 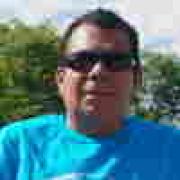 Are you an employee or a contractor? Carpenters, strippers and dog walkers now face that question

When Kristyn Hansen first took a job at Stews Barber Shop, she cut hair nine hours a day, three days a week. She earned no overtime pay, had no mandated breaks, and her Ladera Ranch bosses didn't cover Social Security taxes, unemployment or disability insurance. That's because Hansen, 32, was classified as an independent contractor. "I loved it," she recalls. The schedule allowed her to take five classes at a local college.

Some Uber drivers in New York City want to see a decrease in the commission taken by the company. SAN FRANCISCO -- Gig economy workers are increasingly ubiquitous, shuttling us to appointments and delivering our food while working for Uber, Lyft, DoorDash and others. Thanks in large part to the app-based tech boom emanating from this city, 36% of U.S. workers participate in the gig economy, according to Gallup. But not all gigs are created equal, Gallup adds, noting that so-called "contingent gig workers" experience their workplace "like regular employees do, just without the benefits of a traditional job -- benefits, pay and security." California lawmakers are weighing what is considered a pro-worker bill that, if passed into law, would set a national precedent that fundamentally redefines the relationship between worker and boss by forcing corporations to pay up.

A recent California Supreme Court decision (PDF) could give Uber and Lyft drivers (as well as other gig workers) fighting to be classified as employees a huge boost. In a case against package and document delivery company Dynamex Operations West, the court has ruled in favor of the plaintiffs -- drivers seeking employment status who sued the company way back in 2005. According to the state's highest court, companies that want to classify their workers as independent contractors have to prove that those workers are running their own business. They must be able to show that workers are free from the company's control and direction in their every day tasks and that the work they do is "outside the usual course of the hiring entity's business." Further, they must be able to prove that workers are running a business of the same type they're performing for the company.