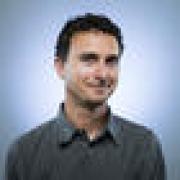 Embattled film mogul Harvey Weinstein -- a once-dominant force in the Academy Awards who rewrote the rules of Oscar campaigning -- has been expelled from the Academy of Motion Picture Arts and Sciences in response to mounting allegations of sexual harassment and assault against him. The film academy's 54-member board of governors, which includes such industry luminaries as Steven Spielberg, Tom Hanks, Kathleen Kennedy and Whoopi Goldberg, voted in an emergency meeting on Saturday morning to remove Weinstein from the organization's ranks in an unprecedented public rebuke of a prominent industry figure.

The board of governors of the Academy of Motion Picture Arts and Sciences is to review Harvey Weinstein's membership at an emergency meeting. The 54-member board is made up of actors, directors, and film executives, including Tom Cruise, Whoopi Goldberg, and Steven Spielberg. The academy, which organises the Oscars, previously called Mr Weinstein's actions "abhorrent". The movie mogul has been accused of a string of sexual assaults and rape. Weinstein, who is believed to be in Europe seeking therapy, has insisted through a spokeswoman that any sexual contacts he had were consensual.

Academy votes to remove Weinstein as a member. Harvey Weinstein, once one of the most powerful men in Hollywood, was expelled from the Academy of Motion Picture Arts & Sciences Saturday amid a barrage of sexual harassment and sexual assault allegations going back decades. In a statement, the Academy, as it is commonly known, said "well in excess of the required two-thirds majority" of its members voted to oust Weinstein, the co-founder of Miramax and The Weinstein Company. "We do so not simply to separate ourselves from someone who does not merit the respect of his colleagues," read the statement from the Academy's Board of Governors, "but also to send a message that the era of willful ignorance and shameful complicity in sexually predatory behavior and workplace harassment in our industry is over." The Academy held an emergency session to discuss the allegations against Weinstein, which were reported by The New Yorker and The New York Times.

The disgraced movie mogul could be facing criminal charges. Harvey Weinstein was reportedly expelled on Monday from the prestigious Television Academy after more than 80 women spoke out, accusing the Hollywood mogul of sexual assault, harassment and rape, throughout a number of decades. The Academy of Television Arts & Sciences, in a meeting on Monday, voted to expel Weinstein from the Academy for life, according to Variety. HARVEY WEINSTEIN RECENT RAPE ALLEGATIONS ARE'CREDIBLE,' EVIDENCE IS GATHERED FOR POSSIBLE ARREST WARRANT: NYPD "After a hearing today, the Television Academy's governance has voted to expel Harvey Weinstein from the Academy for life," the Academy wrote in a statement to Variety. "The Academy supports those speaking out against harassment in all forms and stands behind those who have been affected by this issue."

Harvey Weinstein appears at the 89th Academy Awards in Hollywood, California, on February 26, 2017. The Academy of Motion Picture Arts and Sciences' 54-member board voted overwhelmingly to "immediately expel" big time Oscar player Harvey Weinstein from the governing body of the Academy Awards, according to The New York Times. What's at issue here is a deeply troubling problem that has no place in our society." On Oct. 5, the Times published a report detailing years of allegations of sexual harassment and assault against Weinstein from multiple women, including Rose McGowan and Ashley Judd. The report, citing officials from The Weinstein Company, said that Weinstein had settled with at least eight different women.